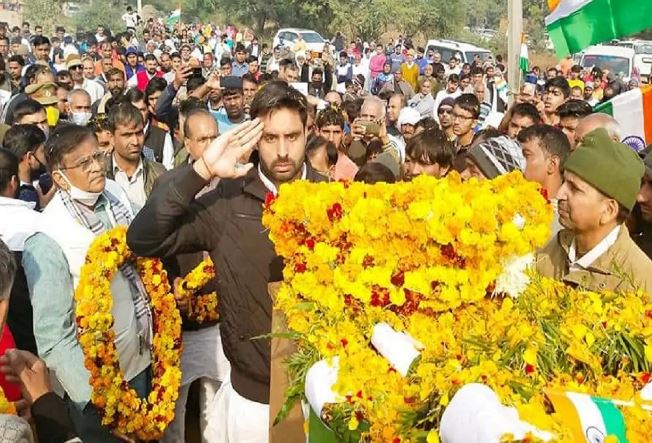 The mortal remains of Subedar Satyanarayana, who was martyred in Kathua, Jammu and Kashmir, reached Pelpa, his ancestral village. Thousands of villagers who came from all over the region paid homage to the martyr and raised slogans of Bharat Mata ki Jai and Amar Jawan.

Subedar Umed Singh said that Satyanarayana Singh was taken to Pathankot Hospital for the first aid in his injured condition. Where doctors declared him dead. Shaheed Satyanarayan Singh was the only son of the late Totaram.