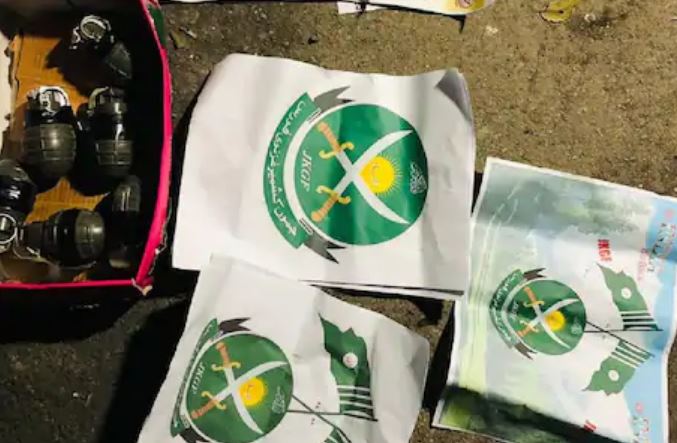 The Jammu and Kashmir Police and the Indian Army have jointly taken action and thwarted the terrorist plot of Pakistan in Poonch, Jammu and Kashmir. Pakistani terrorists wanted to carry out the conspiracy to incite a riot by attacking with a grenade in the temple of Poonch. The police and the army have arrested four helpers of the terrorists, thwarting this conspiracy in joint action. 6 grenades, Pakistani flags and video of training of throwing grenades have been recovered from them.

It has been told that all these 4 terrorists were in contact with their handlers sitting in Pakistan. Police had earlier arrested two terrorists in Balakot sector. Then two other terrorists had a clue in their interrogation After this, two more helpers have been arrested. These include two brothers who were in contact with Pakistani handlers and were in the attack of a large temple in Poonch.

Senior Superintendent of Police of Poonch, Ramesh Kumar Aggarwal said that the arrested people were plotting to attack a temple at the behest of the Pakistani mentor with the intention of disturbing peace and community harmony in the district. He said the conspiracy was discovered when the Special Police Group (SOG) of the local police, along with 49 Rashtriya Rifle personnel, along with two brothers Mustafa Iqbal and Murtaza Iqbal, searched the vehicle near Basuni in Mendhar sector at around 8 pm on Saturday taken into custody. Both are residents of Galhuta village.