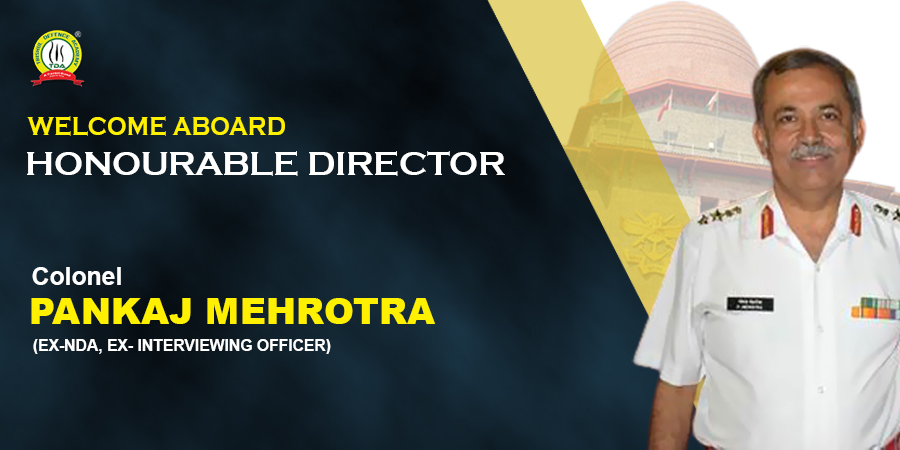 He served 40 long illustrious years as an Indian Army Officer, was Deputy President and Interviewing Officer in four Service Selection Boards (SSB): 11 and 34 SSB in Selection Centre East, Allahabad & 21 and 22 SSBs at Selection Center Central, Bhopal. During his stint ot eight years, he has tested more than 20000 candidates in stage 1 testing and interviewed almost 6,000  candidates in stage 2 testing.

In Apr 2021, after the tragic demise of Trishul founder Late Wing Commander Anoop Mehrotra, Col. Pankaj Mehrotra took over the charge of directorship of Trishul Defence Academy with the ultimate aim to establish this institution as the best premiere defence coaching institute in India.

All courses at Trishul Defence Academy run under his guidance. As the visionary and apt educational leader he heads the overall activities in the institution.

In the capacity of an ultimate and proficient administrator he facilitates the entire Trishul educational system making sure a defence aspirant joins as an aspirant and is prepared for becoming a future officer in Indian Armed Forces to serve the nation.