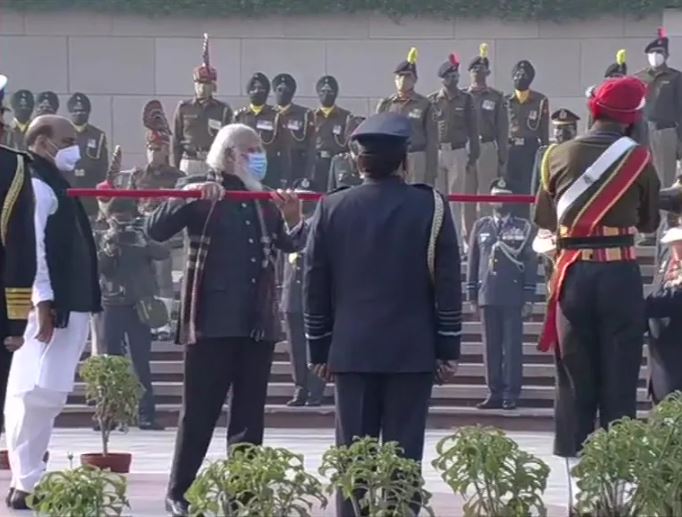 Prime Minister Narendra Modi lit the ‘Golden Victory Torch’ from the Amar Jyoti of the National Summer Memorial in the capital, Delhi, on the occasion of 50 years of India’s victory in the 1971 war.

During this time, Defense Minister Rajnath Singh was also present. Before lighting the torch, the Prime Minister laid a wreath on the pillar and paid tribute to the soldiers.

Prominent Defense President (CDS) Vipin Rawat and the heads of the three armies were also present along with Modi at the event organized on the occasion of Vijay Diwas. On this occasion, the Prime Minister paid tribute to the martyrs of the 1971 war.

Four victory torches were ignited by a burning flame at the National Summer Memorial and will be taken to different parts of the country including the villages of the Paramveer Chakra and Mahavir Chakra winners of the 1971 war. Modi lit four victory torches with a burning flame at the National Summer Memorial and sent him to various parts of the country including the villages of the Paramveer Chakra and Mahavir Chakra winners of the 1971 war.

According to the Ministry of Defense, ‘the soil of the villages of these winners, as well as the 1971 war sites, will be brought to the National War Memorial in New Delhi.’

Earlier, Defense Minister Rajnath Singh unveiled the mark for the golden victory rain on the 50th anniversary of the 1971 India-Pakistan war.

16 December is celebrated as Victory Day in India. India won on the same day against Pakistan in 1971 and Bangladesh came into existence as a country.