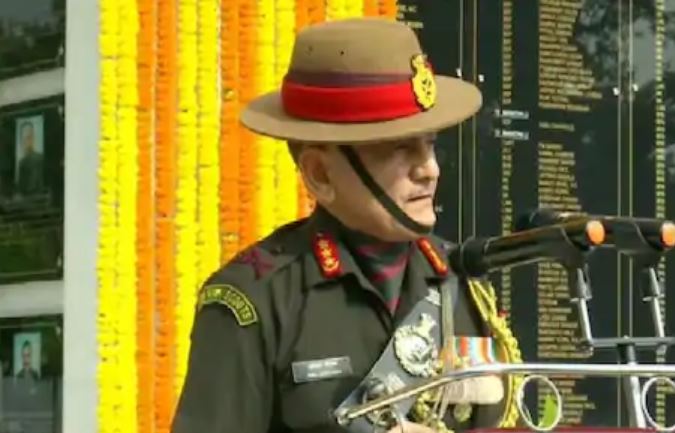 Tensions remain on the Line of Actual Control (LAC) in East Ladakh between India and China. Meanwhile, India is celebrating the victory of 1971 war with Pakistan as Vijay Diwas today. On the occasion of Victory Day, the top military commander has also targeted China. Lieutenant General Anil Chauhan, General Officer-in-Command of Eastern Command, said at the War Memorial, ‘The trust that China can exert after the conflict in the Galvan Valley is over. There was no major infiltration attempt or face-off in the Eastern Command area before the conflict in Ladakh. But after the violence in Galvan, the trust between us and China on LAC has dried up, the wind has gone. Chauhan said that now it will take time to stabilize again.

Prime Minister Narendra Modi on Wednesday marked the golden victory torch at the National War Memorial in New Delhi on the occasion of 50 years of the 1971 war between India and Pakistan (India-Pakistan 1971 War). Lit up During this time, PM Modi remembered the tribute of 1971 war and paid tribute. At the same time, Defense Minister Rajnath Singh unveiled the Golden Victory Logo at the National Summer Memorial. With this, the Golden Victory Year Celebration which has been running for the whole year has started.

Prime Minister Narendra Modi, along with this, released the ‘Vijay Jyoti Yatra’ from the capital Delhi on the occasion of ‘Vijay Divas’ today. In the ‘Vijay Jyoti Yatra’, four ‘Vijay Mashal’ will visit the cantonment areas of the entire country in a period of one year. These include the villages of Paramvir Chakra and Mahavir Chakra victor soldiers of 1971 war. This torch journey will be completed in New Delhi next year.

In the year 1971, there was a war between India and Pakistan, in which the Indian Army beat Pakistanis to dust and a new country called Bangladesh came on the world map. On December 3, 1971, Pakistan started fighting, but in front of the might of the Indian soldiers, they had to kneel in just 13 days.

Earlier, CDS General Bipin Rawat also took a dig at China. He said that now the time has come to see the future of war fighting technology in our system. We have got enough strength to face any threat or challenges on the northern borders. Bipin Rawat said that we have paid attention to some activities in Ladakh Autonomous of the Chinese side. We are closely monitoring all these developments.