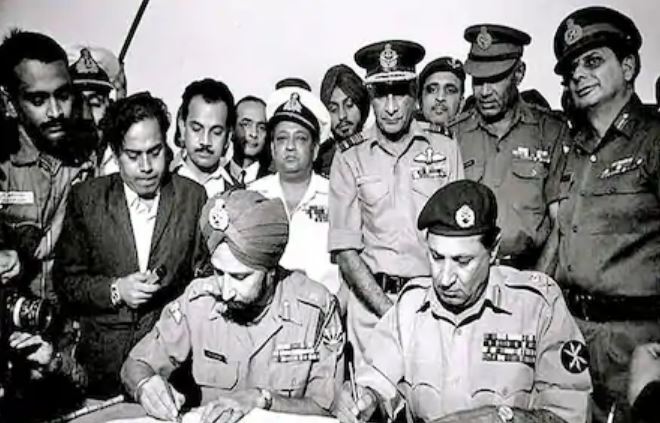 Shahariyar Alam raised this demand during a meeting with the newly appointed Pakistani Ambassador to Bangladesh, Imran Ahmed Siddiqui. It is said that during the Bangladesh Liberation War of 1971, about 3 million innocent Bangladeshis were killed by the Pakistani Army.

Shahariyar Alam demanded Pakistani Ambassador Imran Ahmad Siddiqui to complete the withdrawal of the stranded Pakistanis in Bangladesh and resolve the issue of property sharing, as well as an official apology for the 1971 Bangladesh Liberation War from Pakistan. He urged to provide access to more Bangladeshi products in Pakistan to remove trade barriers. At present, the balance of trade between the two countries is more beneficial for Pakistan.

The Pakistani army suddenly attacked Bangladesh, then East Pakistan, in the midnight of 25 March 1971, after which the war started and the war ended on 16 December. Officially, the 9-month war killed 3 million people. Let us tell you that the Prime Minister of Bangladesh, Sheikh Hasina, in his speech at the United Nations in the year 2017, presented the bitter truth of General Yahya Khan’s army massacre to the world. He targeted Pakistan, saying that Yahya Khan’s army started a heinous military operation in the year 1971, killing three million innocent people in the massacre during the liberation war. Hasina said, in the liberation struggle of 1971, we saw the extreme form of genocide.

In the 9-month liberation struggle against Pakistan, 30 lakh innocent people were killed and more than 20000 women were exploited by Yahya Khan’s army. He said, the Pakistani army started the heinous operation searchlight on 25 March which was the beginning of the massacre of 1971. The intellectuals were brutally murdered. In fact, the Pakistani army started killing the intellectuals of Bangladesh to crush the rebellion led by Bangabandhu. Under this, writers, teachers, doctors, scientists were taken out of their houses in the night and they were brutally killed.