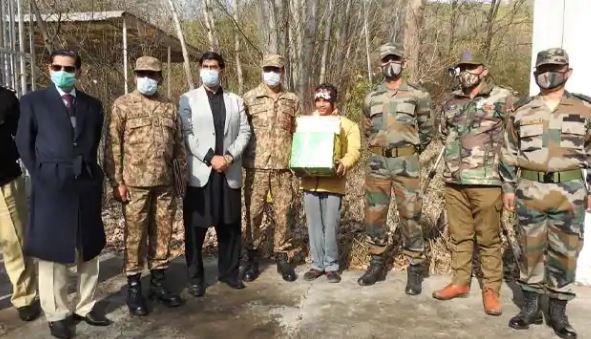 Presenting the example of humanity, the Indian Army has once again accidentally handed over the child in the Indian border to the Pakistani Army. 14-year-old Ali Hyder’s son Mohammad Sharif is a resident of Mirpur, Pakistan-occupied Kashmir. He crossed the Line of Control to India on the night of 31 December. Which was handed over to Pakistan by the Indian Army on Friday.

The statement issued by the army said that Ali Haider was spotted by the Indian Army in the Rangar Nala area in Poonch, where he had crossed the LoC. The child told the Indian soldiers that he belonged to Mirpur and came here wandering by mistake. He requested that the Indian Army help him to return home. The army meanwhile took good care of him and on Friday handed him over to the Pakistani army.

Let us know that recently, the army had also sent two real sisters who accidentally entered the Indian border back to Pakistan safely.