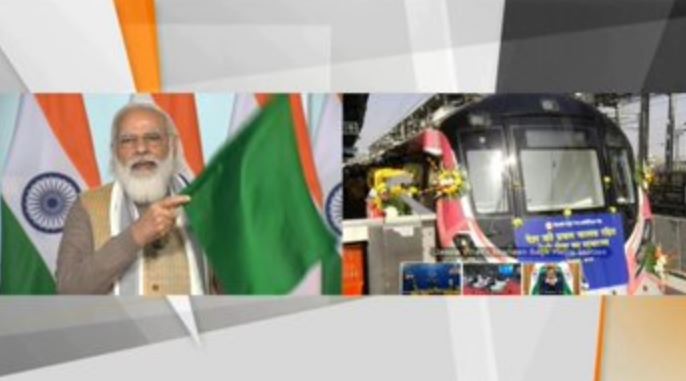 Addressing the program, PM Modi said that work is being done on the plan to run different metros in different cities. The PM also gave information about several types of metro. In addition, he also started the National Common Mobility Card (NCMC) service on the Airport Express Line. Delhi Chief Minister Arvind Kejriwal also participated in this program.

PM Modi said on this occasion that I had the privilege of inaugurating the magenta line about 3 years ago. Today again, on this route, I got the opportunity to inaugurate the country’s first automated metro. This shows how fast India is moving towards smart systems.

Prime Minister Modi said that in 2014 only 5 cities had metro rail. Today, metro rail is served in 18 cities. By the year 2025, we are going to expand it to more than 25 cities, in the year 2014, only 248 km of metro lines were operational in the country. Today it is almost three times more than seven hundred kilometers.