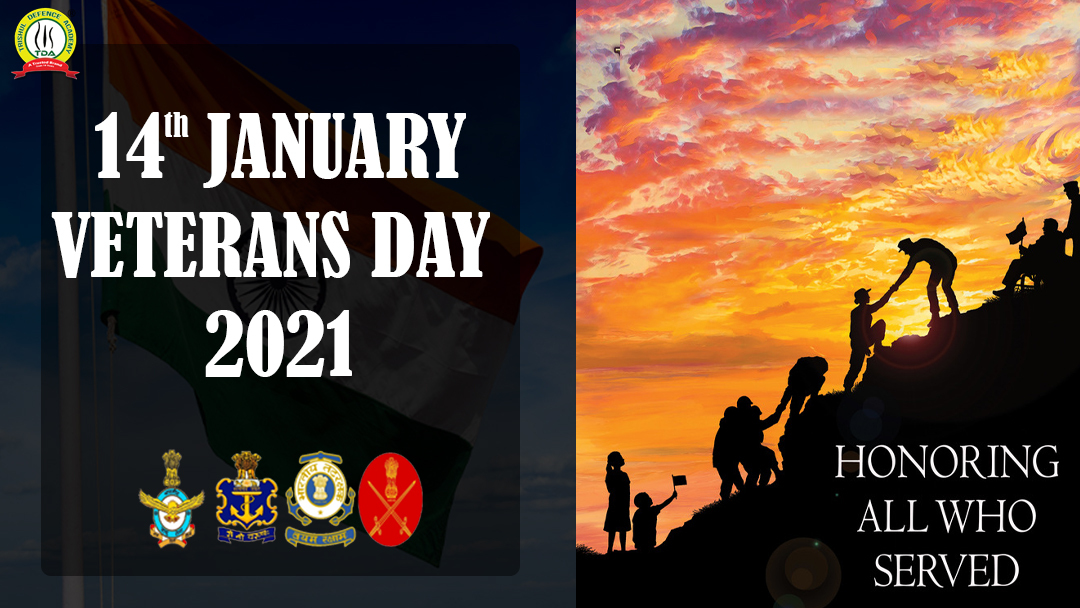 After Veterans Day, Army Day is celebrated on 15 January. On this day, parades and other military treasures are taken out in the capital Delhi, which includes all the 6 headquarters of the Army Command.

The Army VeteransDay is a unique way of the salute to our veterans who have served the nation tirelessly during their prime years and still continue to do so in various capacities. They are our pride & responsibility. Armed Forces Veteran Day is celebrated on January 14 every year as a mark of respect & recognition to the unparalleled services rendered by veterans of the Indian Army. This year is celebrated as ‘Swarnim Vijay Varsh’ to mark the 50th anniversary of the 1971 Indo-Pak war.

Last year had been very challenging for our nation & the Armed Forces. The Armed Forces bravely stayed at the northern borders while also battling the pandemic efficiently. I’m proud that we had the support of our Veterans in carrying this out: #ArmyChief on Veterans’ Day.

Trishul Defence Academy salutes our veterans of Indian Armed Forces, As countrymen, we owe them every bit of gratitude, affection and utmost respect. Today the country is safe due to them only. Let’s make this memorable today. Jai Hind!