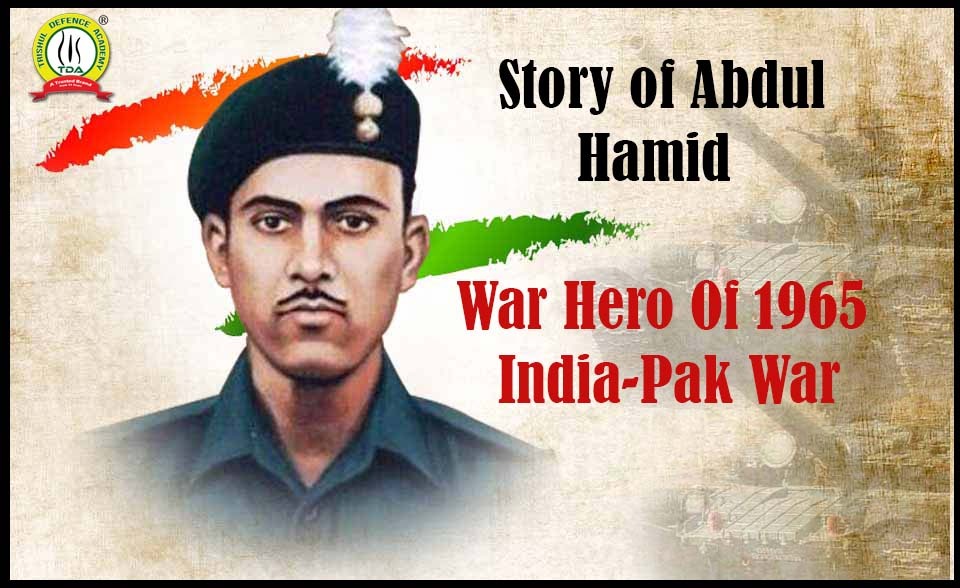 Story of Abdul Hamid : Abdul Hamid was born on 1 July 1933 in Dharampur village of Ghazipur district, Uttar Pradesh, in the house of Mohammad Osman, a sewing worker. From childhood, Hamid used to practice wrestling, lathi, aiming with a slingshot, besides studying the mind-blowing trend. Due to good swimming, he also saved the lives of two girls drowned in floodwaters.

Abdul Hamid joined the army in Varanasi at the age of 20 and after training, he got a posting in 4 Grenadiers in 1955. Abdul Hamid’s battalion was part of the Seventh Infantry Brigade during the Indo-China War that took on the People’s Liberation Army (PLA) in the Namka-Chhu war.

In 1965, when there was a possibility of war between India and Pakistan, he left his vacation in the middle and joined duty back.

In order to create instability in India, Pakistan had started continuous infiltration activities in Jammu and Kashmir under ‘Operation Gibraltar’ and it also prepared about 30,000 guerrilla attackers for this special purpose.

In the same operation, Pakistan attacked India on the night of 8 September 1965 because it was proud that it had “Patton tanks” provided by the US. But Indian soldiers were ready to face Pakistan, including Veer Abdul Hamid.

At this time, Veer Abdul Hamid was posted in the front line of the army in Khemkaran sector of Taran Taran district of Punjab. Pakistan attacked the village of the “Khemkaran” sector with the help of Patton tanks.

At this time, the situation was not in favor of India because the Indian soldiers had only “Three Not Three Rifles” and LMG.

Havaldar Veer Abdul Hamid had a “gun mounted jeep” which was in front of Patton tanks like a cheetah in front of an elephant.

Veer Abdul Hamid sat in his “Gun Mounted Jeep” and started demolishing by targeting the weaknesses of Patton tanks with his gun. Abdul Hameed’s companions say that he blew up 4 tanks at once. After this, he destroyed 3 more tanks.

When he targeted another tank, a Pakistani soldier caught sight of him. Fire broke out on both sides. Hamid destroyed the 8th Pakistani tank, but with the help of a ball, his jeep also flew away. He was seriously injured and was finally received on 10 September.

In this way, this heroic son of Mother India has become immortal even after dying to protect the land. It is said that India is a land of heroes, so this saying only comes from the heroes like Veer Abdul Hamid. For his actions at the Battle of Asal Uttar, Hamid was awarded the Param Vir Chakra on 10 September 1965. Story of Abdul Hamid always inspires every patriotic Indian.

Bharat Mata will always be proud of it’s a beloved son who defeated the enemies and made sure that India’s holy land is safe and protected. TDA salutes Havaldar Veer Abdul Hamid…..Jai Hind!