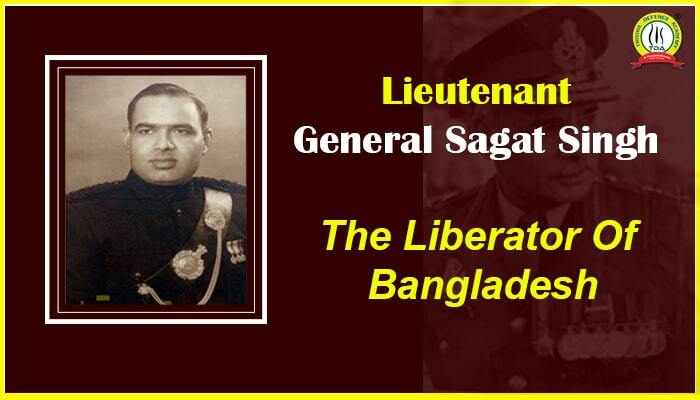 Latest Blog WAR HEROES War Heros
December 23, 2020December 23, 2020
Facebook
Twitter
Pinterest
LinkedIn
Lieutenant General Sagat Singh was one of the great officers and war hero of the Indian Army. He played a key role in liberating Bangladesh and Goa. He was born on 14 July 1919 in the Churu district of Rajasthan. His father Thakur Brijpal Singh served in Bikaner’s famous Camel Corps and fought in World War I in Iraq.
He did his early studies at Walters Noble School, Bikaner, and later enrolled at Dungar College, Bikaner, but could not complete his graduation. Let us know the classic story of him and how they liberated Goa, Bangladesh, and how they also defeated Chinese soldiers.
After passing 12th he followed in his father’s footsteps and joined Bikaner State Force. Immediately after the start of the Second World War, he joined IMA Dehradun as an Indian State Forces cadet and passed from there in 1941.
After spending a compulsory period in the British Battalion, he again moved to the Bikaner State Force where he remained before joining the Indian Army. While on the Bikaner State Forces, he also went on a campaign of Iraq.
After independence, Sagat Singh chose the Indian Army. His application was accepted on 15 January 1949. He was given a permanent commission in the Indian Army and there was no reduction in seniority. In view of the service he served in Bikaner State Force from October 27, 1941, he was given 3 Gorkha Rifles.
In 1954, he served as second in command of 3/3 Gorkha Rifles. In February 1955 he was promoted and he became a Lieutenant Colonel. He was given command of 2/3 Gorkha Rifles. In 1961, he was promoted to the rank of Brigadier and thus commanded 50 Para Brigade.
Military historian Major Chandrakant Singh gives full credit for the independence of Bangladesh to Sagat Singh. He said that the plan to occupy Dhaka was neither planned in our Army Headquarters nor in Eastern Command Headquarters. That is, there was no plan to capture Dhaka.
At that time, Sagat Singh had proposed a plan to move towards Dhaka. Lieutenant General JS Arora, was then the General Officer Commanding at Fort William, Kolkata.
Gen Arora had opposed this on the contrary. Despite this, Sagat Singh crossed the Meghna River on helicopters. The Meghna River was a tributary of the Brahmaputra. No one thought that this is possible.
On the ninth day after the war started, he reached the outskirts of Dhaka with his troops. Two days later the Army captured Gulshan. The Indian Army completely surrounded Dhaka. This forced Pakistani soldiers to surrender. More than 90,000 Pakistani soldiers surrendered, which became history.
In 1961, Operation Vijay was launched by the Indian Army to liberate Goa from Portuguese rule. The responsibility of capturing Goa’s capital Panaji was primarily given to the 17th Infantry Division, commanded by Major General Candeth. The 50 Para Brigade, led by Sagat Singh, was tasked with capturing critical bridges and the siege of Portuguese troops.
But Sagat Singh presented the entire plan to capture Panaji in front of senior officials. He also gave the deadline for the occupation of Panaji in writing. When the campaign started on 18 December, the 17 Infantry Division was moving at a very slow pace, while the 50 Para was moving very fast. In the end, the responsibility of occupying Panaji was given to 50 Para. By 9 o’clock in the morning of 18 December, 50 Para occupied Panaji, by then 17 Infantry Division was far away. With this effort, Goa was freed from Portuguese rule in just 24 hours.
It is a matter of 1965. Sagat Singh was the division commander, Lieutenant General Arora Corps Commander and Lieutenant General (later Army Chief and Field Marshal) Sam Manekshaw was the Commander of the Eastern Command. China wanted Jelep La and Nathu La of Sikkim to leave India. Both of these were Border Out Post (BOP). The responsibility of protecting Nathu La was that of 17 Mountain Division, which was commanded by Major General Sagat Singh.
Jelep La was the responsibility of 27 mountain divisions. The order to vacate both BOPs came from the High Officer. 27 The Mountain Division evacuated Jelep La but Sagat refused to evacuate Nathu La.
Sagat Singh understood the strategic importance of Nathu La. They knew that the Yatung Valley could be monitored from there and could be attacked accurately. Two years later, his understanding gained the upper edge.
On 27 August 1967, Chinese troops started marching towards Nathu La. Sam Manekshaw had gone out and there was no one to tell Sagat Singh what to do to deal with the situation. In such a situation, Sagat Singh took the risk and without waiting for any directions, ordered the Chinese troops to be fired.
There was a conflict between the two armies which lasted till about 11 September 1967. This time the Chinese soldiers suffered greatly. About 400 Chinese soldiers were killed. China thought that it would be the situation just like 1962 and they would easily capture Nathu La. But this time they were confronted with Sagat Singh who forced the Chinese troops to retreat.
Lieutenant General Sagat Singh died on March 4, 1976 in an unfortunate accident. At that time he was commanding a battalion. He was going somewhere with a jeep. The jeep crashed on the way. He died in this accident. He was posthumously awarded the Padma Bhushan and the Param Vishisht Seva Medal.
Bharat Mata will always be proud of it’s a beloved son who defeated the enemies and made sure that this great nation’s land is safe and protected. TDA salutes Lt General Sagat Singh…..Jai Hind! 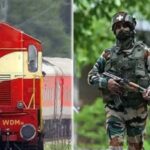 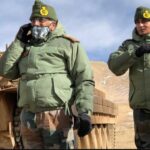