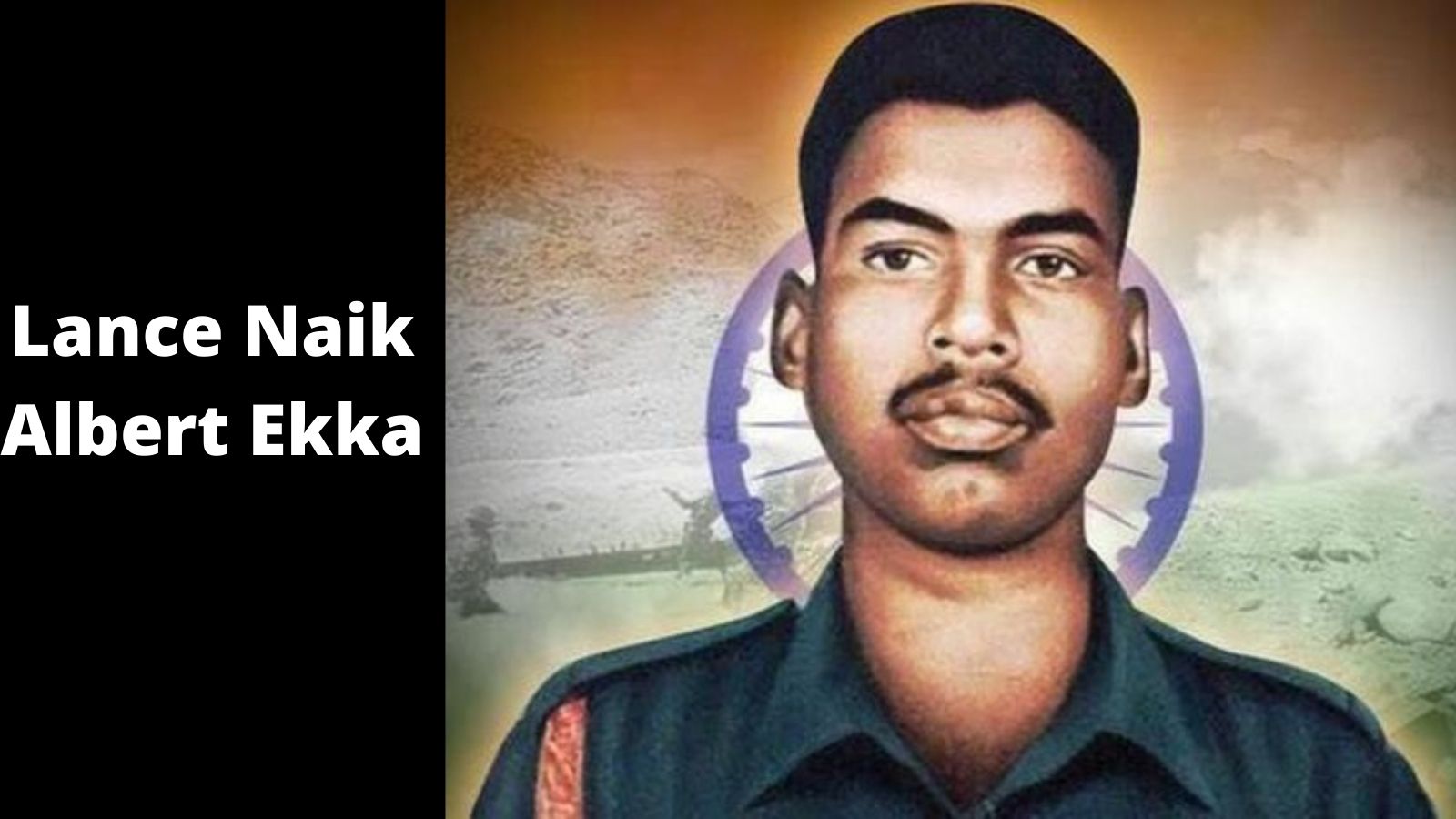 Today, a life-size statue of Lance Naik Albert Ekka stands at the heart site of Ranchi, the capital of Jharkhand. Earlier this Chowk was known as Firayalal, because there is a firm named Firayalal here. Now the official name of this square has been Albert Ekka Chowk. Albert Ekka was born in the Jari village of Jumla district in Jharkhand, the village remains the same today. Some have become permanent houses. The ongoing village has also become a block.

Now it’s name has become Albert Ekka Jari Block. The field where Albert used to play hockey is the same today. Also, the school where he studied is here. Meanwhile, how much the world changed, but did not change if his ancestral village continued.

When Albert joined the army, he fought with China. At that time, he was in the Bihar Regiment. He got enlisted in Bihar Regiment itself. Nine years after the 1962 war, Pakistan began war with Bangladesh. He had then become a lance naik of the 14 Guards.

They were deployed in the area of ​​Ganga Sagar. The area here was mostly marshy. In this marshy ground, the Pakistani Army had laid landmines and also tied the area with wires. The task of handling this area was given to 14 guards.

There was a battalion of four craps with 14 guards, whose action required India’s capture of the Ganges Sea. Capturing the Ganga Sagar was the sole target set by the 14 Guards of the Indian Army. Four kilometres from there, the troops were mobilized at the Akhaura railway station.

The fortifications were strongly fortified. There was no swamp. It was very important from a strategic point of view to capture that railway station. During the patrolling, soldiers of the 14 guards noticed that the enemy’s soldiers were coming from the Bayfrickey on the railway track. This meant that no ground tunnel was built on that track.

This information was important. Based on this, two companies of the battalion joined together and attacked the enemy’s security circle along the railway track and managed to get close to the enemy.  About a hundred yards away from the railway station, firing started from the heavily armed machine guns from the Pakistani army. Answering that fierce firing with as much vigour, it was very important for our soldiers to remain frozen like a rock and they were steadfast.

The Pakistani army was continuously challenging the Indian soldiers with the help of its light machine guns. It’s firing was causing a lot of damage here. Nevertheless, the soldiers of India were full of vigor and enthusiasm. The weight of that front was given to Lance Naik Albert Ekka. Albert had also fought with China. Only after this, he was made Lance Naik. There was no lack of experience and passion.

An early face-to-face encounter was created. In the harsh cold of December 3, the enthusiasm of 14 guards soldiers was at its peak. The young jawans were firing bullets in the cold weather. The fire continued from both sides. The number of injured was increasing.

Bravery was bleeding rapidly in Ekka’s veins. While fighting, Albert Ekka lost sight of a machine gun hidden by someone of the Pakistani Army.  He picked it up. With renewed vigour, the machine gun turned to the Pakistani army. Suddenly a soldier stood in front of Albert Ekka. Before he could strike, Albert Ekka pulled a khukri tied at the waist and pushed it into his stomach.  He fell there while saying  “Ya Allah.”

Albert was also injured but proceeded regardless of the blood flowing from the body. There was a nearby ruins where the shelling was taking place. The ruins were acting like a bunker for the Pak Army. Albert was determined to get there, leading to death. He crawled up to there. Nobody was paying attention to Albert. Reaching inside the bunker, he hurled a grenade. The grenade explosion killed many Pakistani soldiers.

The entire bunker turned into a circle of fire. Albert was also badly injured in this explosion, but his move made it very easy for the company to capture the Ganga Sagar. The companies conquered the Ganga Sagar but meanwhile severely injured Albert’s breath. In the growing movement of the Indian Army towards the independence of Bangladesh, Albert made a milestone.

Lance Naik Albert Ekka was posthumously awarded India’s highest wartime gallantry award, the Param Vir Chakra. In 2000, on the occasion of 50th Republic day, the Government of India issued a postal stamp in his memory. Bharat Mata will be always be proud of it’s Jharkhand son. The nationalistic public will always remember Lance Naik Albert Ekka in their hearts. TDA salutes the bravery of Lance Naik Alber Ekka.