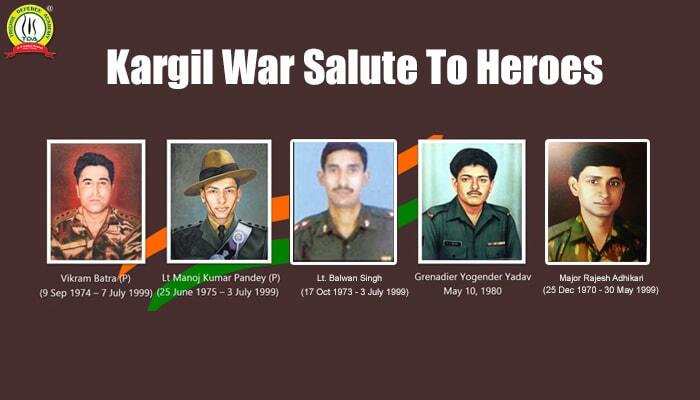 A mention of ‘Kargil War’ evokes patriotism in the hearts of millions of Indians. The story of valor and courage involving the Indian Army recapturing mountain heights seized by Pakistani intruders not only kick starts the adrenaline rush but also motivate us to achieve a similar feat by joining the Indian Army or in whatever capacity we can contribute to the safety and prosperity of the nation.

He died at the age of 24 during the Kargil war and was awarded the highest wartime gallantry award Param Vir Chakra posthumously. He recaptured a crucial peak – Point 4875 seized by the intruders. As a mark of respect, several titles were affixed to his name like ‘Tiger of Drass’, the ‘Lion of Kargil’, the ‘Kargil Hero’, and Sher Shah. He got severely injured while shielding another officer. To recall his statement while going to the war zone – “I will either come back after raising the Indian flag in victory or return wrapped in it.”

He was assigned the most difficult task of recapturing Tiger Hill. At the age of 25, he led his team via a steep, treacherous path to reach the hilltop and swept enemy off the floor. The enemy didn’t expect that Indian soldiers will tread on such a treacherous path, where even the bravest soldiers fear to tread. He was severely injured but kept on fighting the enemy and killed four Pakistani soldiers. The enemy fled the battlefield to save their lives. He hoisted the tricolour on hill top and awarded the Mahavir Chakra for his daring act.

He became the youngest person to be awarded highest wartime gallantry award Param Vir Chakra. He was part of the team that captured strategic bunkers on Tiger Hill. During the war for capturing Tiger Hill, he received 15 bullet injuries but that did not deter his courage and determination. He continued to take the enemy head-on after strapping his arm in a belt and wrapping a bandana around his leg. He killed enemy soldiers and the paved the way forward for his platoon to climb up the cliff and capture the strategic positions.

He died during an attempt to capture a bunker at 16,000 ft at the Tololing. He entered into direct combat with Pakistani soldiers. He sustained critical bullet injuries and succumbed beyond enemy lines. His body was found after a fortnight and awarded Mahavir Chakra. An unread letter of his wife was found from his pocket.

During a free-wheeling chat, his father revealed that it was the biggest wish of Manoj to become a recipient of the highest wartime gallantry award Param Vir Chakra. He realized his goal, albeit posthumously. Hailing from Gorkha Rifles, Manoj successfully forced the enemy soldiers to retreat and recaptured Khalubar, seized by intruders. He destroyed enemy bunkers but sustained bullet injuries in the process and succumbed after reaching the top of the cliff.