What is Beating Retreat Program, which is related to Republic Day? | Best Defence Coaching Skip to the content 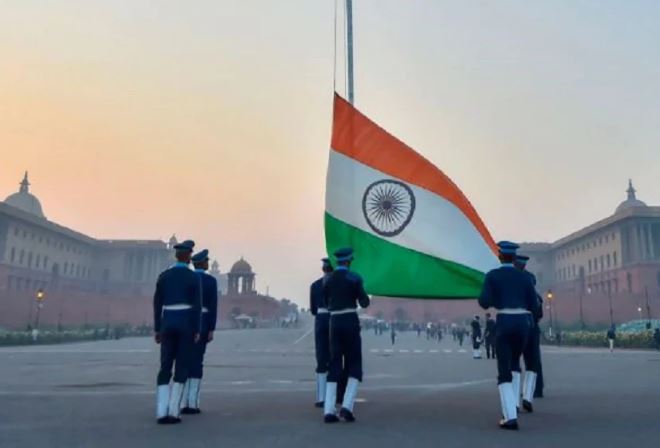 What is Beating Retreat Program : Today, January 29 is the official closing of the Republic Day celebrations. The ceremony, titled Beating the Retreat, is held on the evening of 29, during which the three branches of the army march in traditional tunes. The President is the chief guest of this event to be held in Vijay Chowk. During this time permission is sought from the President to finish the Republic Day celebrations.

This time Republic Day was different for many reasons. A major reason was the corona epidemic, due to which people could not get out of the houses. However, many people who know about Republic Day are not aware of the importance of today’s day. Today is Beating the Retreat Ceremony, which is very special in itself. The most unique thing about this event is that the ceremony is held in the evening with the sun setting.

Since the President is a part of this function, his building is decorated with lights. Earlier every year, people used to come to see the decoration of Rashtrapati Bhavan, but this time it will not be amazing. However, apart from this, there are many things in the retreat, which makes it different. Like its camel squad. For the first time in 1976 a 90 camel contingent became part of Republic Day, with 54 camel soldiers and the rest with the camel band soldiers.

Since then, these frequent retreats are a special attraction of Ceremony. The camels to be included in the Beating Retreat are well decorated and then BSF personnel go out riding them. Explain that the BSF has a force of camels, which has been a part of the campaigns from the celebrations.

The Beating Retreat is a symbolic event called Watch Settings. It is a memory of the traditional war in which soldiers used to fight throughout the day and returned with the sun rising in the evening. With this ceremony, the soldiers of the three armies will also return to their barracks. They seek official permission from the President before returning.

During this time, tunes of land and air force are played simultaneously. It seems so pleasant in itself that people wait all year to hear it. During this time a special tune is played with abide with me, which was the favorite tune of Mahatma Gandhi. The tune is played under the drummers’ call, during which the drummers also perform a solo. During Abide With Me, tunes of bells are also extracted along with drums, which fascinates listeners.

It is an indication that the time has come for the President to seek permission for the termination. Then the band master goes to the president and asks him to finish the Republic Day celebrations. With this, the three-day ceremony concludes with the National Anthem.

This time of the official closing of Republic Day is considered very important, but it happened twice that the retreat program had to be canceled. This was the first time after the devastating earthquake in Gujarat in 2001. For the second time in 2009, the program had to be stopped because the 8th President of the country Ramaswamy Venkataraman passed away on 27 January. Apart from these two occasions, this ceremony never related to Republic Day was canceled.