Expressing hope that India will work with China to enhance mutual trust and strengthen practical cooperation, Chinese Foreign Ministry Spokesperson Zhao Lijian on Wednesday said that the border issue does not represent the whole of the India-China relations.

Speaking on India-China relations during a press conference, Lijian said that the relations between the two countries are mature and multi-dimensional.

“The border issue doesn’t represent the whole of the China-India relations and should be put in an appropriate position in bilateral relations and under effective control. We hope India will work with China to continuously enhance mutual trust, strengthen practical cooperation, and ensure that the bilateral relations will move forward along the right track, bring more benefits to the two peoples and make greater contributions to the region and beyond,” he stated.

Lijian also confirmed that the Chinese and Indian military will hold the 15th round of Corps Commander Level Meeting on March 11 to resolve border issues.

“On January 12, the 14th round of China-India Corps Commander Level Meeting was held, where the two sides had a candid, in-depth exchange of views on the relevant issues about the west section of the China-India boundary and issued a joint press release. We hope this round of meeting, on the basis of previous meetings, can move forward, further enlarge consensus, narrow differences and work for a solution that is acceptable to both parties,” he said.

Speaking on Foreign Minister Wany Yi’s statement on setbacks in India-China relations, the spokesperson said, “China and India boast broad common interests and huge potential for cooperation, and have historical missions of improving livelihood and accelerating development. The two countries should be partners for mutual success instead of adversaries of mutual attrition.” 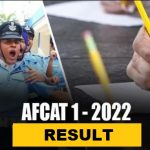 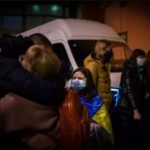