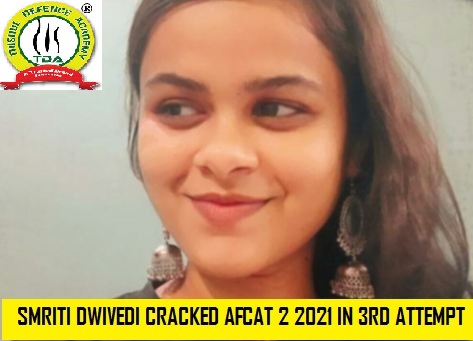 This is the success story of a special Trishulian named Smriti Dwivedi who is also a current NiTian of NIT, Silchar and has also successfully cracked AFCAT 2021 exam in her third attempt. She has described her success journey in her own words, do give it a read !

Smriti Dwivedi AFCAT : AFCAT or Air Force Common Admission Test is conducted twice every year to select Officers for Indian Air Force. While the exam is just the first step to decide eligibility for Air Force Selection Board Interviews, the marks obtained do play a crucial role in the final selection list. This is what makes AFCAT examination an important one.

To score just the right marks to not only appear for AFSB interviews but also to get a place in the merit list requires the right amount of planning and smart execution. The level of exam is easy to moderate but it is getting tougher every time. It consists of mainly 4 sections i.e. English, GK, Mathematics and Reasoning.

For Maths and Reasoning I took help of the books by RS Agarwal and for English I took help from the book Word Power made easy by Norman Lewis which strengthened my vocabulary.  GK section of the paper is the most crucial one and for that I read newspaper daily apart from the NCERT books of social science from class 6th to 12th.

Apart from that the YouTube channel of Trishul Defence academy provided a variety of knowledge in a short and crisp manner on various topics which stimulated my interest further and boosted my preparation.

There are also other good sources available on Internet and they helped a lot. A good score comes from a lot of practice and that’s why I practiced mock papers and Previous Year Papers within time limit and with every attempt I would calculate my scores, find my shortcomings, improve them and practice another paper the next day.

With consistent practice I was able to clear AFCAT with a good score. I would also like to thank Abhinav Sir and Ekta Madam for their support and guidance. Their teachings and feedbacks are not only valuable for Defense exams and SSBs but also for life.

I hope to appear for my SSB interview soon and for that I have already started preparation under the able guidance of Trishul Defence Academy and hope to pave my way in the Air Force Academy soon.

Trishul Defence Academy takes pride in inducting Smriti Dwivedi into TDA Hall Of Fame. We strongly believe she will serve the nation by wearing blue uniform of the Indian Air Force. 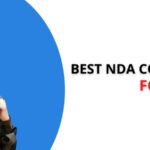