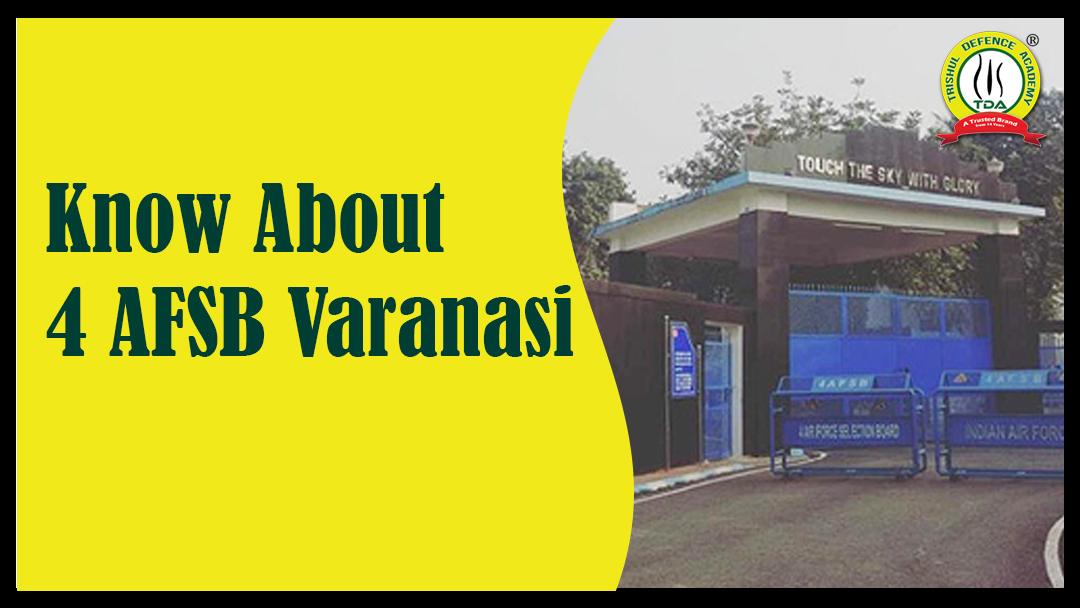 About 4 AFSB Varanasi : 4 AFSB (Air Force Selection Board) is one of the most happening SSB centres. It is situated in Varanasi, a city of Uttar Pradesh. It was setup in Patna in 1963 moved to Varanasi in 1964. It is a city on the banks of the river Ganga, it is one of the most established persistently occupied urban communities on the planet and the most seasoned in India. Varanasi is otherwise called the most loved city of the Hindu divinity Lord Shiva.

4 AFSB is located n the Varanasi Cant zone. The board conducts meet for sections of NDA, AFCAT, CDSE and so on The stay gave by the board is phenomenal, with all cutting edge offices like Games, ANTE room, TV room and so on There is a CSD Canteen moreover. Varanasi faces significant temperature contrasts in winter and summer for example it is extremely warm in summer and crisp in winter consequently it is encouraged to contender to generously check the temperature and take the concurring dress.

Apart from this, it is also considered sacred in Buddhism and Jainism. The culture of Varanasi has an unbroken relationship with the Ganga river, Shri Kashi Vishwanath Temple and its religious significance. This city has been the cultural and religious centre of India, especially North India, for thousands of years.

Varanasi is often referred to with adjectives such as ‘city of temples’, ‘religious capital of India’, ‘city of Lord Shiva’, ‘city of lamps’, ‘city of knowledge’.

Eminent American writer Mark Twain writes: “Banaras is more ancient than history, older than traditions, older than legends, and when collected, is twice as old as that collection.”

Places To Visit In Varanasi

About Allahabad Service Selection Board

Under the guidance of SSB Guru Wing Commander Anoop Mehrotra (Ex NDA, Ex GTO, 19 SSB Allahabad, 4 AFSB Varanasi and 2 AFSB Mysore) prepare for each and every test of SSB with full expertise. Ranging from written, psychological or group tasks, with TDA you are determined for success.