How to Pass PPDT : The Picture Perception and Discussion Test (PPDT) is an SSB screening test. During this test, candidates are shown a blurred image for thirty seconds. Based on that, aspirants are given 4 minutes to make a story about the image, including details such as what caused the situation, what is happening now, and what the possible result is.

Applicants are also asked to circle the position of the central character in the picture and mark all the characters seen in the box on the left side of the paper. Character details such as Age, Sex (Male, Female, or Person), and Mood (positive, negative, and neutral) should also be included. Candidates will also be given an extra minute to write action before beginning the story.

Following the completion of the story, candidates are divided into groups of 10 – 18 based on their strength and instructed to narrate their story one by one. After all of the students’ stories have been completed, a group discussion is held in which students discuss the story and attempt to come up with a common story. Following that, one person from the group is chosen to narrate the common story.

How to pass PPDT in SSB interview: Tips To Follow

For success in PPDT in SSB interview, we have provided some tips below:

Don’t write any preconceived stories you’ve read in books. The assessors will quickly learn about these types of stories because they are unrelated to the image shown and lack originality. Do not write unrealistic stories about someone who is practicing for school tournaments and then wins the Olympics. Many students believe that if they write positive stories, they will automatically be recommended; however, this is not the case because the evaluators assess the candidate based on the picture. If the image depicts a negative attribute, it is likely that the assessors did so on purpose. It is also strongly advised to follow a logical order, as this will show your ability to organize.

Make sure that whatever you write is neat, readable, and free of cuts or mistakes. It demonstrates mental clarity. Pay attention to the instructions given by the evaluators because they sometimes check to see if a student has gone to training and is reproducing the same or not. It is strongly advised to pay close attention and follow the instructions exactly. 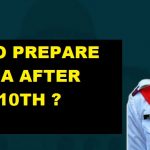 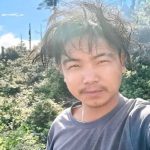