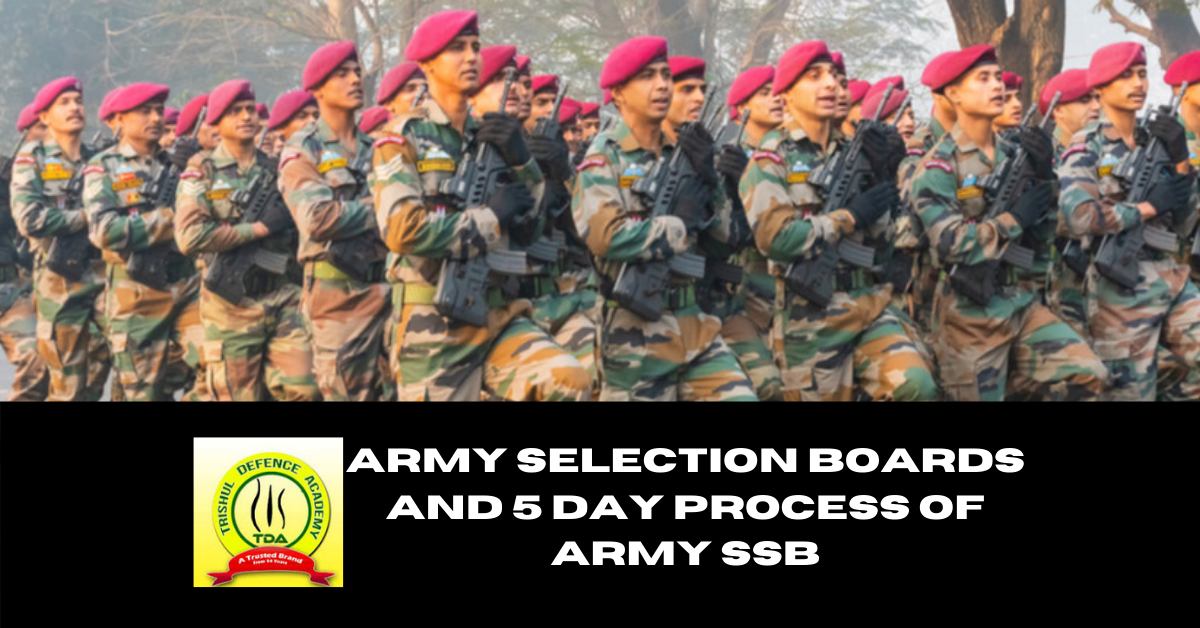 SSB stands for Services Selection Board which is the official body for the assessment of candidates for becoming officers in the Indian Armed Forces.

It consists of both written and practical based tests including psychological tests, interviews, group tasks, and personality tests.

With the target of getting success in the SSB, clearing of all the tests is very important. For SSB interview the respective military wing is the authorized body- Indian Army, Indian Navy, and Indian Air Force.

Further, we are going to tell you about the Army Selection Board (Army SSB Interview Procedure).

The successful candidate who has passed the CDS, NDA, TES and TGC exams and wishes to join the Indian Army are called for the SSB interview rounds.

The selected students are required to appear before the Service Selection Board for a Personality Test along with an Intelligence Test.

The major objective of the SSB interview is to examine and point out the 15-character traits technically known as “Officer Like Qualities”.

The procedure mechanism is done by the following methods.

Following is the day by day procedure of the Army SSB Interview through which a candidate is required to go. 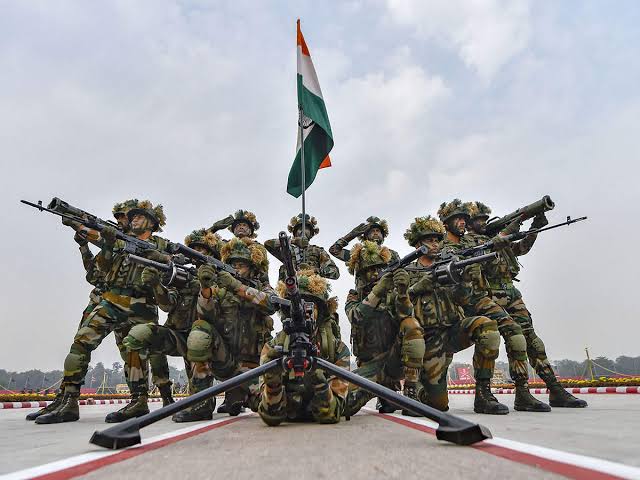 After this, the Document Verification takes place where the original documents submitted by the candidates are verified.

The first day includes a total of 3 tests:-

This test is categorized into two tests- Picture Perception and Group Discussion.

On Day 2 of the Army SSB interview process, the following set of psychological tests take place:-

The GD (Group Discussion) is held on two topics on back to back basis. Topics are based on current affairs or social issues. The GD round is held for 20-30 minutes for each topic.

In this test, the candidate is formed into the group of 10-15 and they are given a story based on a certain issue. Candidates are needed to identify the issues and provide a practical solution to it.

In this round, the candidates are formed in the group of 10-15 people. They need to overcome 4 obstacles collectively as a group with the helping material and a load with some rules.

It is commonly known as Snake Race where each group is to compete against another group for 6 obstacles.

This activity is similar to PGT but is conducted with a half group in number and over a single obstacle.

Every candidate is given 4 topics out of which he needs to choose one and speak on it for 3 minutes.

Each candidate is made the commander and is given an obstacle to which he or she needs to pass on with the aid of subordinates.

Each candidate needs to clear 10 allowed obstacles in 3 minutes with a difficulty level of 1-10.

The whole group is reformed and is needed to finish the assigned task in the given time. It is similar to PGT in nature.

Personal Interview is another test and is not part of the group testing. This test aims at checking the personality of the individual whether the candidate has the personal ability to be an Army Officer in the near future.

PI (Personal Interview) rounds are held during Day 3 to Day 4 after the daily tasks for those days are completed. Interviews are usually related to everyday experiences, work, education, family, hobbies and achievements in academics etc.

The final day of the Army SSB Interview is conducted with a closing address then the conference is held. A board conference is organized where all the officers who assessed the candidates in the previous days are present in uniforms.

Each candidate is given their final assessment and the board collectively makes a recommendation. After this the final result is pout and the shortlisted candidates are retained for a medical test.

If you want to get full success with flying colors in the final important round of SSB Interview Join Trishul Defence Academy- Northern India’s #1 Defence Coaching Today.

Under the guidance of SSB Guru Wing Commander Anoop Mehrotra (Ex NDA, Ex GTO, 19 SSB Allahabad, 4 AFSB Varanasi, and 2 AFSB Mysore) prepare for each and every test of SSB with full expertise.

Ranging from written, psychological or group tasks, with TDA you are determined for success. Candidates have to carry the following dressing items under t To connect and follow your dream of passing your desired Defence Exam- NDA, CDS, AFCAT, NAVY SSR/AA etc.

For any query/enquiry you can connect us via the following ways: – 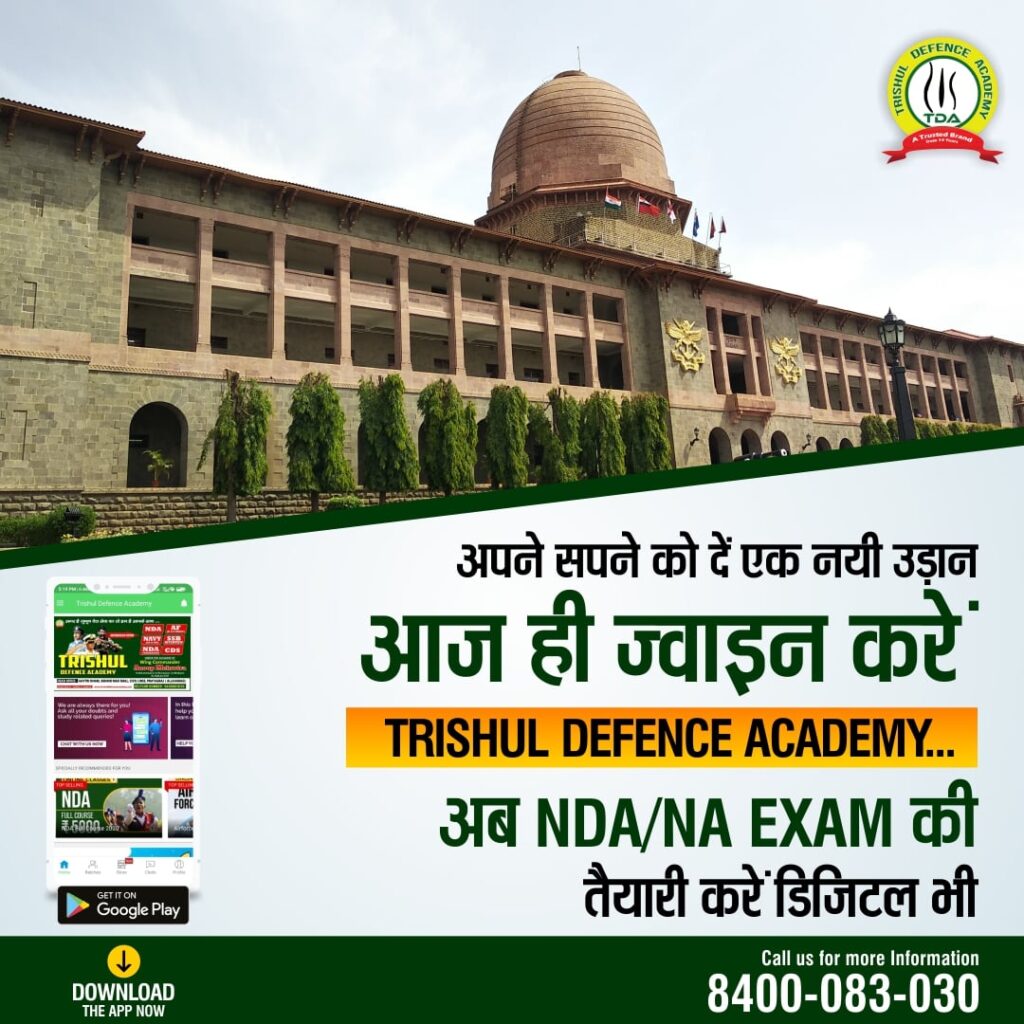 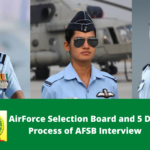 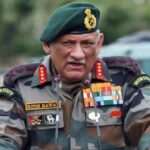