2. Therm is associated with

3. The absorptive power of a perfectly black body is

4. A heat engine takes heat from a source at a certain temperature and

(a) converts it all into work

5. Which one of the following converts heat energy into mechanical energy?

(a) reduce the surrounding temperature

(b) connect the mouth of the flask to an evacuating system

(c) close the container with an air tight cork

(b) is equal to that of the surroundings

(d)  is equal to a few points of the surrounding

(a) Increases with an increase in pressure

(b) Decreases with an increase in pressure

(c) Is independent of pressure

(d) Is proportional to pressure

10. Paraffin wax contracts on solidification. The melting point of wax will

(a) increase with an increase in pressure

(b) decrease with an increase in pressure

(c) not change by variation of pressure

11. A fan produces a feeling of comfort during hot weather because

(b) our perspiration evaporates rapidly

12. Two blocks of ice when pressed together join to form one block because

(a) heat is produced on pressing

(b) heat is absorbed during pressing

(c) melting point of ice decreases with an increase in pressure

(d) melting point of ice increases with an increase in pressure

13.The absolute zero is the temperature at which

(d) none of these

14. An iron ball is heated. The percentage increase will be largest in

15. The first law of thermodynamics is a special case of

(c) The law of heat exchange

(d) The law of conservation of energy

16. Iron, lead, brass and glass spheres of equal masses heated to the same             temperature are placed on a paraffin plate. Which will come out

through the plate first?

17. The second law of thermodynamics states that

(a) heat is neither created nor destroyed

(b) heat can be converted into other forms of energy

(c) heat flows from a hot object to a cool one

(d) heat and work are the same

18. Which of the following has two specific heats?

19. A thermos bottle containing coffee is vigorously shaken. Consider coffee as the system, then its temperature

20. The transmission by conduction is most prominent in

22. For which of the following processes, transmission of heat does not need

23. Which of the following has the maximum thermal conductivity?

24. In which case does the thermal conductivity increase from left to right?

25. The absorptive power of a perfectly black body is 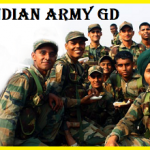