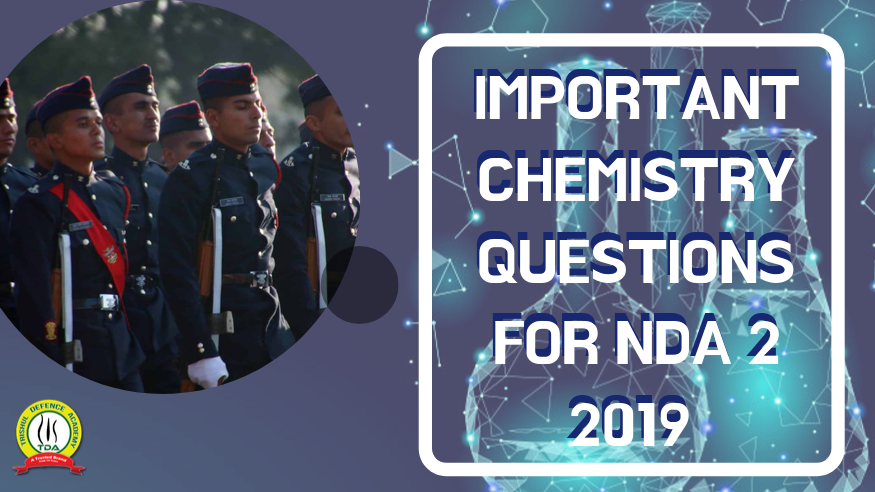 Second paper of National Defence Academy & Naval Academy (NDA/NA) is of GAT which is of total 600 marks consisting 150 questions in total. Chemistry holds almost 15 questions out of the same.

Hence it becomes very important to study and prepare the subject thoroughly so as to get good marks. Here we are providing some important questions of chemistry for NDA 2 2019 aspirants. We suggest you to go through these questions and understand the basic concept to prepare well for the topic related to it so as to crack the NDA 2 2019 examination.

Q.1 Match the List I with List II and select the correct answer using the codes given below the Lists :

Q.2 Which one of the following is involved for desalination of sea water?
(a) Reverse osmosis
(b) Simple osmosis
(c) Use of sodium aluminium silicate as zeolite
(d) Use of ion selective electrodes

Ans.(a) Reverse osmosis method is used to obtain pure water from water containing a salt or for desalination of sea water.

Q.3 Which one of the following fuels causes minimum air pollution?
(a) Kerosene oil
(b) Hydrogen
(c) Coal
(d) Diesel

Ans.(b) Hydrogen is the purest combustion fuel. Water is generated from burning of Hydrogen. While coal, kerosene oil and diesel are knowssn as fossil fuel which generates, Carbon dioxide and many other harmful gases when it burns.

Q.4 Metalloids are
(a) Alloys of alkali metals with other metals.

(b) Colloids of metals.
(c) Elements having some properties of both metals and non-metals.
(d) Metals heavier than lead.

Ans. (c) Metalloid, a chemical element with properties intermediate between those of typical metals and non-metals.

Q.5 Which one of the following gases is placed second in respect of abundance in the Earth’s atmosphere?

Ans. (a) The permanent gases whose percentages do not change from day to day are nitrogen, oxygen and argon. Nitrogen accounts for 78% of the atmosphere, oxygen 21% and argon 0.9%. Gases like carbon dioxide, nitrous oxides, methane, and ozone are trace gases that account for about a tenth of one percent of the atmosphere.

Q.6  Which one among the following chemicals is used as washing soda?

Ans. (c) Sodium carbonate (Na2CO3), which is also known as washing soda, is the water-soluble sodium salt of carbonic acid. It most commonly occurs as a crystalline decahydrate, which readily effloresces to form a white powder, the monohydrate.

Q.7 The principal use of hydrofluoric acid is

(a) in etching glass

(b) as a bleaching agent

(d) in the preparation of strong organic fluorine compounds

Ans. (a) Glass etching comprises the techniques of creating art on the surface of glass by applying acidic, caustic, or abrasive substances. Because of its high reactivity toward glass, the hydrofluoric acid is used in etching glass.

Q.8 The ionization energy of hydrogen atom in the ground state is

Ans. (c) For a hydrogen atom, composed of an orbiting electron bound to a nucleus of one proton, an ionization energy of 2.18 × 10 −18 joule (13.6 electron volts) is required to force the electron from its lowest energy level entirely out of the atom.

Q.9 How much CO2 is produced on heating of 1 kg of carbon?

Ans. (a) It means that 1 kg of carbon requires 8 / 3 kg of oxygen for its complete combustion, and produces 11 / 3 kg of carbon dioxide gas. The value is arrived at by combining the two values.

Q.10 When pure water boils vigorously, the bubbles that rise to the surface are composed primarily of

Ans. (a) When pure water boils vigorously, the bubbles that rise to the surface are composed primarily of air. The bubbles are mostly nitrogen with oxygen and a bit of argon and carbon dioxide. 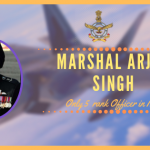 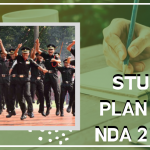