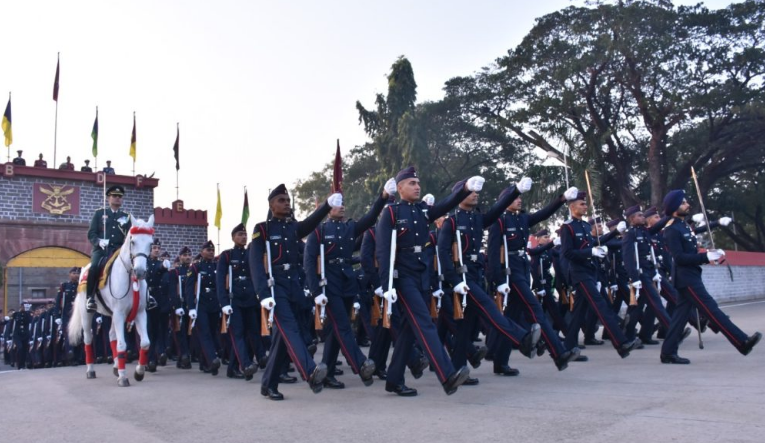 There has been an increase in the intake of cadets by the National Defense Academy (NDA), Pune, in order to cater to the shortfall of officers in the armed forces. This year the intake will be increased to 400 cadets. This decision was also made by keeping the demand to train the foreign cadets, and the ground duty cadets of the Indian Air Force (IAF) in mind.

The Institution currently has 18 squadrons with 120 cadets each, NDA is training around 2,020 cadets currently. The institution will add two more squadrons to the existing number. Last month the government sanction letter to put this in effect has already been accorded.

According to a written reply to the Lok Sabha in 2019 by Sripad Yesso Naik, Minister of State for Defense, there has been a shortage of 9,427 officers in the armed forces with a shortage of 7,399 in the Army, 1,545 in Navy, and 483 in IAF. These figures are far less than the authorised strength of these services.

NDA has started training air force cadets for ground duties since last year. The ground duty officers in IAF are those who are in non-flying branches like, administration, logistics, maintenance, accounts, and more. This was earlier trained directly under the Air Force Academy in Dundigal, Telangana but now, they will be trained both at the academy and the NDA.

There are currently 20 per cent foreign cadets per course and the institution aims to take that number to 50 per cent.

NDA also plans to make necessary changes in the infrastructure to accommodate the new squadrons. These changes are being made, keeping in mind the possibility of female cadets joining the NDA in the future. Currently, cadet training at NDA is divided into five battalions. With four battalions having four squadrons each, and the fifth one with two squadrons.