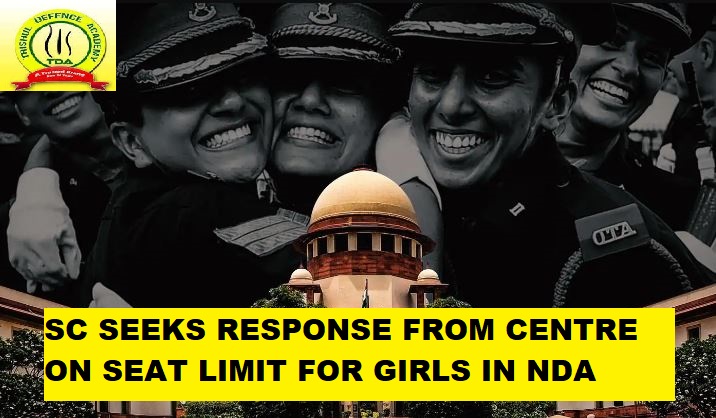 Seat Limit for Girl Candidates In NDA  : The Supreme Court on Tuesday asked the Center to explain why despite its order, the number of seats for women candidates in the National Defense Academy (NDA) was restricted to 19 for the year 2022 as well as last year. The top court asked the Center to place before the court the data regarding the total number of candidates, including women, in the NDA exam 2021 for admission to the Rashtriya Indian Military College (RIMC) and the Rashtriya Military School (RMS).

A bench of Justices Sanjay Kishan Kaul and MM Sundresh told Additional Solicitor General Aishwarya Bhati, appearing for the Centre, that the government will have to explain why the number of women for the year 2022 was fixed at 19 as per the UPSC notification.

The bench said, “These are equal to the figures of 2021. Last year you said that due to lack of infrastructure women are being admitted less. Now you have again proposed the same number for women candidates for the year 2022. Why did you set these figures? You have to make this clear. 19 The seat should not be there forever. This is only an ad-hoc solution.

The top court gave three weeks time to the central government to file an affidavit in the matter and directed the remaining parties to file their replies within two weeks thereafter. Along with this, the bench listed the matter for hearing on March 6.

Earlier, senior advocate Chinmoy Pradeep Sharma, appearing for petitioner Kush Kalra, submitted that he has filed an additional affidavit mentioning that in the NDA examination held on November 14, 2021, 8,009 candidates have qualified for the Services Selection Board examination and medical examination. Out of which 1,002 candidates are women while 7,007 candidates are men.

Seat Limit for Girl Candidates In NDA : What Centre Said In The Court ?

He said that according to the advertisement of Union Public Service Commission (UPSC) and the information given by the government, NDA will take 400 cadets in the NDA-II of the year 2021. Sharma said, “Out of these 208 candidates, including 10 women, will be taken into the army. The Navy will take 42 candidates along with three women. The Indian Air Force will also admit 120 candidates including six women. Thus the number of women who will take admission in NDA in June 2022 will be 19.”

Sharma said that after reading the notice issued on December 22, 2021, it appears that even in January 2023, the number of women’s seats will not exceed 19. “It has been mentioned for the first time that only 30 male candidates will be admitted to the Naval Academy. This restriction is arbitrary.’ It may be mentioned that on September 22 last year, the apex court had also allowed women to appear in the NDA exam to be held in November and said that their admission should not be postponed for a year on the demand of the Centre. 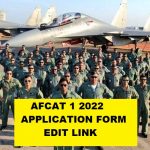 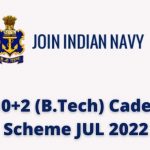