To be an Armed Forces Officer at the age of 21 and to command hundreds of men at such tender age is the matter of pride. None other than National Defence Academy & Naval Academy examination provides this excellent opportunity to the young chaps. It   is also the most reputed and highly famous entry which is being conducted for admission into the Army, Navy & Air Force wings of NDA. This exam also provides entry to the 4 Year B.Tech course to the Indian Naval Academy (Ezhimala, Kerala) for those candidates who opt NA as first preference. The examination is conducted by Union Public Service Commission twice in a year with the name of NDA-I (April) & NDA-II (September) followed by SSB Interview conducted by Service Selection Boards of Army, Air Force, Navy.

Let’s check out about this examination in detail.

VACANCIES-The approximate number of vacancies to be filled on the results of this examination will be as under :—

Age Limits, Sex and Marital Status: Only unmarried male candidates born not earlier than 02nd July, 1999 and not later than 1st July, 2002 are eligible.

NOTE-Candidates who are appearing in the 12th Class under the 10+2 pattern of School Education or equivalent examination can also apply for this examination.

Candidates (excepting SC/ST candidates/Sons of JCOs/NCOs/ORs specified in Note 2 below who are exempted from payment of fee) are required to pay a fee of Rs. 100/- (Rupees one hundred only) either by depositing the money in any Branch of SBI by cash, or by using net banking facility of State Bank of India/State Bank of Bikaner & Jaipur/State Bank of Hyderabad/State Bank of Mysore/State Bank of Patiala/State Bank of Travancore or by using Visa/MasterCard/Rupay Credit/Debit Card.

Candidates are required to apply online by using the website upsconline.nic.in

The eligible candidates shall be issued an e-Admit Card three weeks before the commencement of the examination. The e-Admit Card will be made available on the UPSC website (upsc.gov.in) for being downloaded by candidates. No Admit Card will be sent by post. All the applicants are required to provide valid & active e-mail id while filling up online application form as the Commission may use electronic mode for contacting them.

Age Limits, Sex and Marital Status: Only unmarried male candidates born not earlier than 02nd July, 1999 and not later than 1st July, 2002 are eligible.

Age Limits, Sex and Marital Status: Only unmarried male candidates born not earlier than 02nd January, 2000 and not later than 1st January, 2003 are eligible. 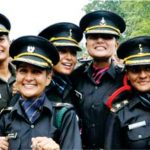