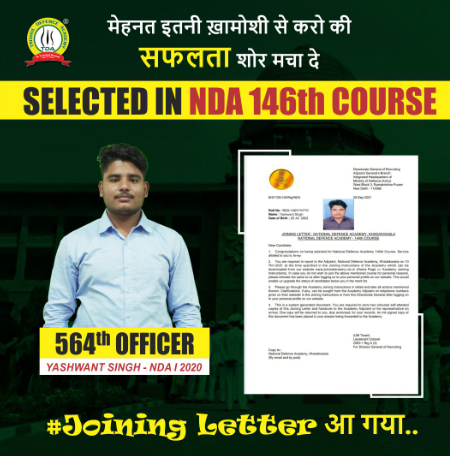 Yashwant Singh, a meritorious student of Trishul Defense Academy, Prayagraj, has succeeded in the NDA 1 2021 examination. He passed the NDA (146th course) written exam for the very first time. After the written examination, he faced the five-day selection process of SSB (Service Selection Board) and got success in that too. He has received the call letter and has been selected for officer training in the Indian Army.

He shared his experience of preparing for NDA 1 2020 Exam in detail at Trishul Defense Academy. Being from a Hindi medium school, it was not easy for him to excel.

Here, Trishul Defense Academy’s experienced teachers lead the primary role, who ensured step by step the complete preparation of Yashwant under the guidance of Late Wing Commander Anoop Mehrotra Ji, the founder of the institute.

In the initial phase, student Yashwant Singh was given special guidance to prepare for Spoken English and Group Discussion and a highly focused and disciplined training pattern was adopted for Personal Interview and other tests of SSB selection process. Yashwant Singh attributes this to the entire Trishul Defense Academy management and teaching team.

Trishul Defense Academy is Prayagraj’s first Defense Coaching Academy which was founded by Late Wing Commander Anoop Mehrotra in the year 2003. After his voluntary retirement from the Indian Air Force, he established this coaching institute with the aim of making youth officers and soldiers in the Indian Armed Forces, which till date has given successful selection of more than 600 officer level and more than 5000 soldier level. 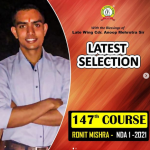 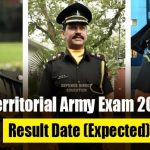