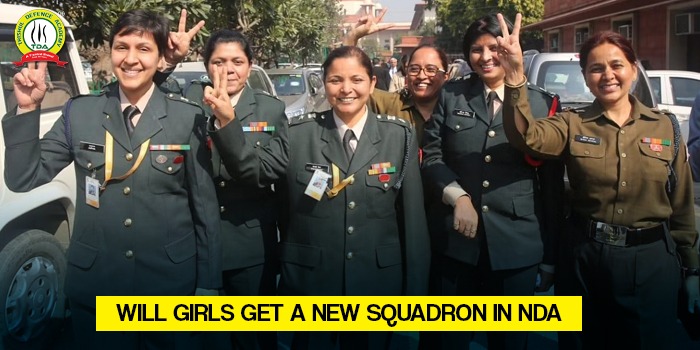 Will Girls Get a New Squadron in NDA

Many of Girls Aspirants want to know about Girl Specific squadron in NDA,They want to Know About the Accommodation,Amenities, Lady Doctors and Many More questions.

Will there be Separate Seats for Girls in NDA?

At Present National Defence Academy has 18 Squadrons which accommodates approximately 400 Cadets Every 6 Months . With Girls Coming, Indian Army came up with a  Proposal of Forming All Girls Unit  Called as Sera. This Idea Came up From @ Squadrons Of Women Cadets at OTA Chennai. OTA chennai has dedicated 2 Squadrons for Females named as Zozilla and Ferrora however National Defence Academy authorities out rightly refused and thus 19 Female Cadets will be Accommodated in the 18 Squadrons of NDA

As far as Accommodation is concerned The Female Cadets will be Given Separate Barracks ,Separate Washrooms,Separate Physical Trainers and Will Have Lady Doctors For Medical Assistance.

If you want to get full success with flying colours in the final important round of SSB Interview Join Trishul Defence Academy- Northern India’s #1 Defence Coaching Today. Under the guidance of SSB Master Colonel Pankaj Mehrotra (Ex-NDA, Ex- IO) 11 34 SSB, Allahabad & 21 22 SSB Bhopal, prepare for each and every test of SSB with full expertise. Ranging from written, psychological or group tasks, with TDA you are determined for success

With the inspiration of Trishul’s founder Late Wing Commander Anoop Mehrotra Sir, we proudly announce admissions for the SSB interview preparation course for the academic session of 2022-23 Come join us today for the ultimate success in SSB.

Will Girls Get a New Squardon in NDA 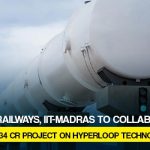 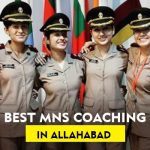