What Is Lecturette In SSB ? | Lecturette Topics & Preparation Tips | Best Defence Coaching Skip to the content 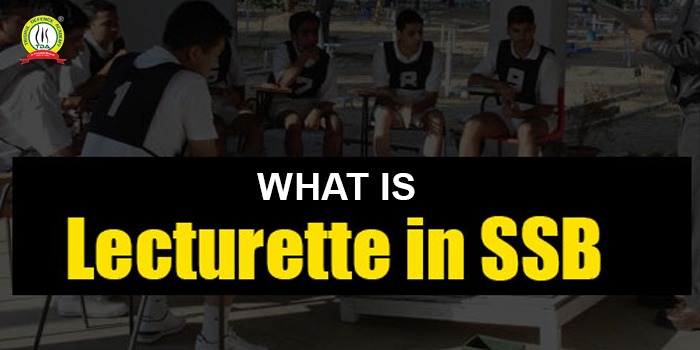 What Is Lecturette In SSB : Today, we are going to discuss about the Lecturette in SSB. It is important for the defence aspirants who have qualified the written and then reached the last stage of SSB interview to perform well in it. After reading this informative and vital blog, Defence Aspirants will get an insight as to what is Lecturette, It’s purpose, Important Lecturette Tips and also the preparation tips to excel in it.

What Is Lecturette & It’s Purpose ?

SSB is a thorough, extensive, testing and maybe the most intriguing interview of Defense placement tests. It is a litmus test to evaluate Officer Like Qualities of the candidates. In the event that you have the necessary expertise and ability, the way to Defense is all open for you!

SSB involves a lot of tests among which Lecturette is the most straightforward. The following is an inside and out clarification of this round:

The abstract importance of Lecturette is ‘little talk’. As inferred by the name and the strict importance lecturette round requires a candidate to speak on the given topic. The point of directing Lecturette round is to look at the character of an applicant, his or her certainty, verbal abilities and his knowledge panel.

It is a part of group task conducted by the GTO Officer. In Lecturette round of SSB, applicants are divided into specific groups.

Candidates are called individually to take the clue play card wherein 4 topics are given. The subjects range from social, financial, political points or current affairs. When the competitor has chosen his or her topic duration of 3 minutes is given to set up a discussion over it.

Following three minutes the candidates come before the group members, gives his self-introduction momentarily and starts his speech.

In the meantime, another competitor is called to pick a point and set up his or her content.

Following are the list of the important topics for Lecturette in SSB which all the defence aspirants must focus on.

What Is Officer Intelligence Rating (OIR Test) In SSB ?