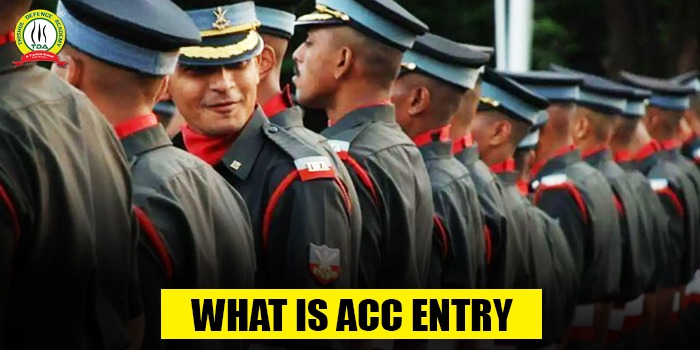 What is ACC Entry in Indian Army ?

What is ACC Entry : Indian Army is World’s Second Largest Army with a Work  Force of Over 13 Lakh Employees of which approximately 11.92 Lakhs are Persons Below Officers Rank whom we call as Other Ranks or Jawans.

In this Blog we are Going To Discuss About ACC Entry also known as Army Cadet College Entry.Army Cadet College is situated in Dehradun just adjacent to Indian Military Academy. In ACC, Soldiers of Army, Airmen of Indian Air Force, and Sailors of Navy can all become part of it.

How To Get into ACC

To get into ACC There are 2 Steps:

There are certain Eligibility Criterias which an Other Rank has to Fulfil .Following are the Prerequisites:-

1.First and Foremost is age crieteria.To Be Eligible For ACC-One has to be between 20-27 yrs of age

2.Both Married and Unmarried Candidates can fill the Forms

3.One must have minimum 2 yrs Of Service

4.Form is Notified in the Unit.

5.To get into ACC one has to Clear the Written Exam

6.No Of Vaccancies is 100 and Form Comes twice a year

To Become a Commissioned Officer one has to face SSB Interview be it anyone or any entry. In ACC Entry to One has to Face SSB Interview.SSB for Feb Entry is from September to November while For July Entry is From January to March.SSB Interviews will be of 5 Days divided into 2 Stages

Feb-100 Seats-Candidates will join ACC in Month of January

Aug-100 Seats-Candidates will Join ACC in Month of July

The  Total Training is divided into 3+1 of which 3 Yrs is in ACC and 1 Yr in IMA Dehradun. After Completion of Training, The Type Of Commission Offered is Permanent Commission.

Trishul Defence Academy is one of the premier Defence Coaching academies in India. Runs With The inspiration of Late Wing Commander Anoop Mehrotra (Ex NDA/Ex GTO), It is the best institute for the preparation of Defence Exams like NDA, CDS, MNS, AF X & Y, AFCAT, NAVY AA/SSR/MR, Various Service Entries. 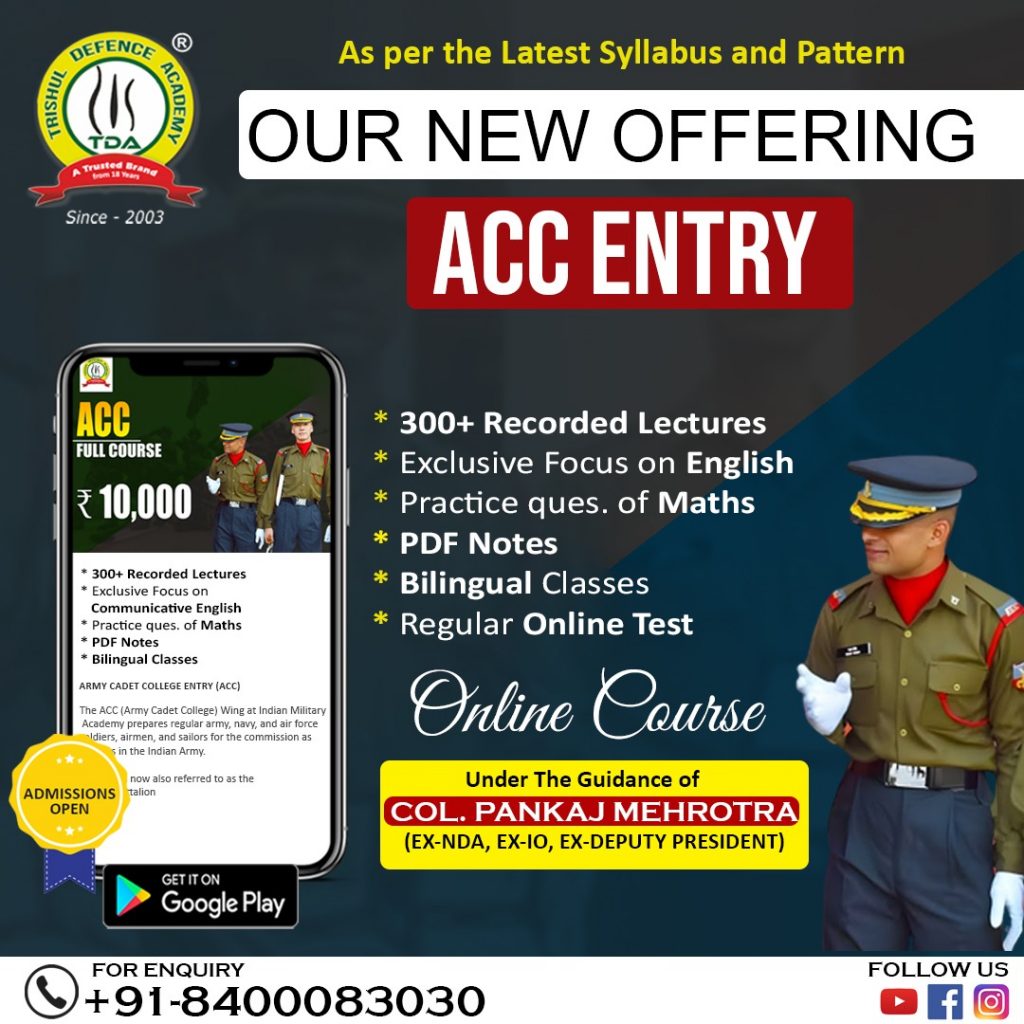 Watch the Complete Video About What is ACC Entry In Indian Army : 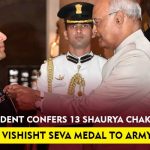 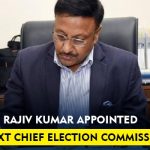