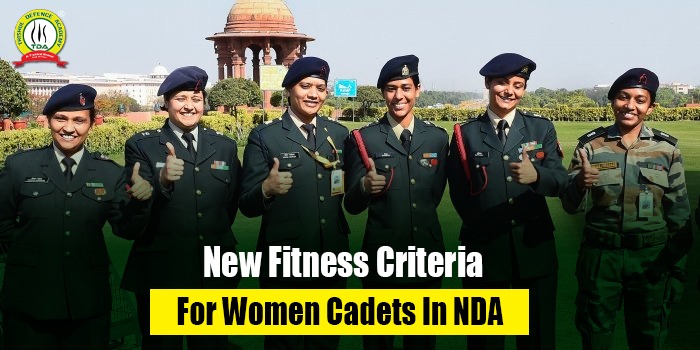 New Fitness Criteria For Women Cadets In NDA : Along with the Indian Army, the National Defense Academy is also ready to welcome women cadets. For this, many new amendments are being done in NDA. Major General Arvind Bhatia (Retd) told a major news portal that the NDA is revamping its infrastructure with the construction of separate cabins, additional washrooms. Along with this, a strong security mechanism is also being put in place to welcome women cadets from the middle of 2022.

Major General Bhatia (retd) had retired from the headquarters last month as assistant chief of the Integrated Defense Staff (ACIDS). All the three were looking after the functioning of the training institutes of the military services, their administration, curriculum and other policy.

In an interview she said that the defense establishment knew that NDA would soon recruit women cadets. This information was from the time Sainik Schools started admitting girls a few years back. He said that as a natural progression, girl students graduating from Sainik Schools wanted to join the NDA. So we had already started the preparation.

In September this year, the Supreme Court has also ordered that women cadets can be recruited in NDA from this year. Giving information about the necessary changes to be made in the NDA for the women cadets, he said that initially a part of the existing squadron would be detached. It consists of about 110 cadets. Related infrastructure will be prepared for the first batch.

New Fitness Criteria For Women Cadets NDA: He said that a separate set of women trainers, doctors including gynaecologists and other necessary support staff are also to be deputed for the women cadets when they join here next year.

Major General Bhatia said that a separate panel is already working on other modalities with regard to induction of women cadets in the NDA in consultation with the three service headquarters. These include assessing what should happen. Their physical fitness and medical parameters such as height, weight, eyesight are included. Along with this, it is also being considered that how different they can be from the women officer trainees who join the Officer Training Academy in Chennai.

Major General Bhatia said the general idea would be that there should be around 120-150 women cadets in NDA in all the six posts combined at any given time. At least 70 per cent of NDA officers belong to the category of cadets of combat weapons. This includes infantry, armored and artillery in the military, which are still not open to women in the defense forces.

Major General Bhatia said that any modern armed force has to work jointly and this is possible only when the forces train together. “If we don’t train together, we won’t be able to work together during a war,” he said. It is being examined how to further enhance the synergy between the three services and make it a continuous process. 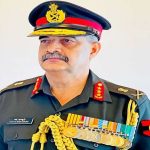 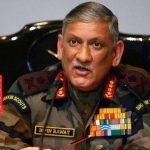