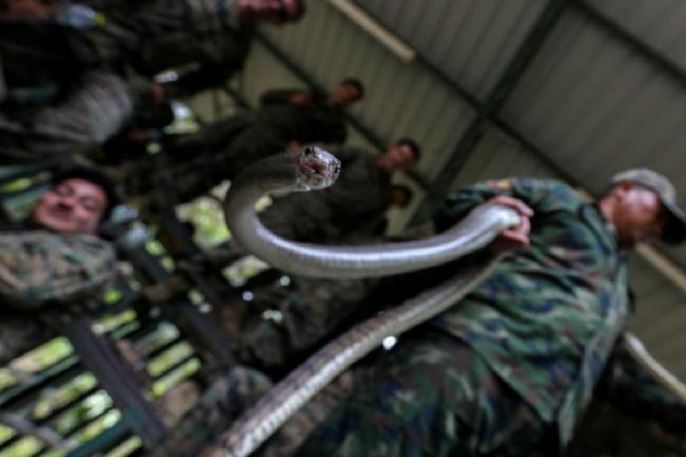 Cobra Gold Drill: Every year soldiers from all over the world arrive in Thailand to participate in Cobra Gold Exercise. There, they are taught how to keep ourselves alive in unusual circumstances. Under one of these tactics, soldiers take training to eat all the wild animals from snakes. Now other countries are appealing to their soldiers not to eat snake-scorpion. They fear that it may spread a dangerous virus from the corona.

The threat of death for soldiers is not new. They compete with enemies while living from the highest peak of the world to the moat. However, there is another thing in between the enemies, which explains the strength of the soldiers, that is to keep themselves alive even in extraordinary circumstances.

For example, if a common man trapped in dense forests has nothing to eat, he will end up like that, while the soldiers will find a way to stay alive. For this, soldiers get separate training.

Countries all over the world have been sending their soldiers to Thailand for this type of training. Cobra gold military drill is done here. During this time, soldiers kill or drink cobra blood. Apart from snakes, creatures like a scorpion, lizard are also eaten. During the drill, we are taught how to kill a snake alive and which parts should be eaten.

It is obvious that the soldiers who have gone through such training, will not be hungry. This is the reason that soldiers from Britain to America and Australia kept coming to Thailand in this exercise. But now there can be a big change in this exercise.

During the cobra drill in 2019, soldiers were seen holding snakes and eating. The corona infection spread only last year after this scene in the camera. After this, people are afraid that due to eating snakes, lizards, no virus started spreading. Significantly, it is also said about the coronavirus that the disease spread in Wuhan, China, from the market where snake-bats were sold.

Cobra Gold Drill : Even Indian Army Did It ! 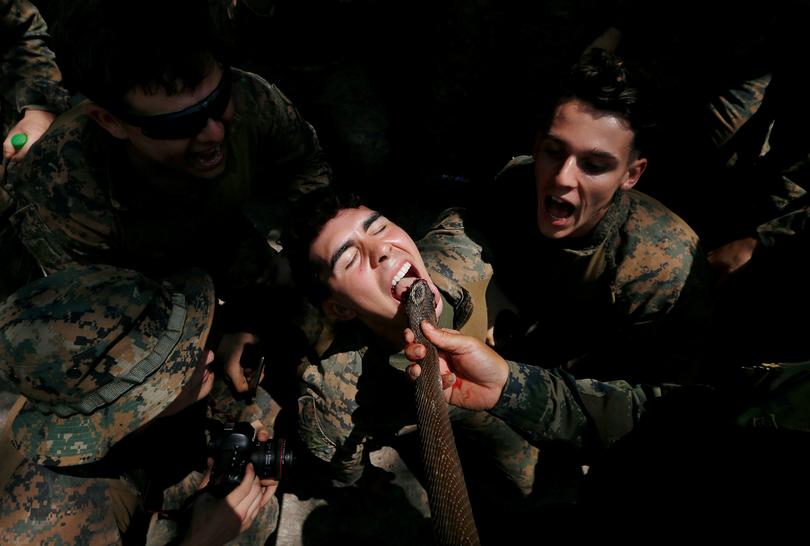 Due to this fear, methods of drill are being talked about. This military exercise, which has been going on since 1982, is considered to be the largest military exercise in the Asia-Pacific, in which many countries of the world took part. By the way, Thailand and America started together, whose headquarters were in Bangkok. India also took part in this military exercise for the first time in the year 2016. At the same time, China was allowed to join only one phase of this whole exercise.

During the military exercise, a large part is to make arrangements for your food even when stuck in ravines or the logistics are over. During this, military officers train other soldiers to kill poisonous snakes with poison and make them poisonless and eat them. It is also advisable to drink snake blood. In Thailand and Indonesia, the blood of snakes is considered to be extremely powerful and a whole squad works to train its meat cooking and drinking.

These people kill dangerous pythons to poisonous snakes very carefully and cook them. The cobra is considered to be the most powerful snake and there is a lot of smuggling of cobras in the international market. Thailand then renamed the military exercise as Cobra

In Indonesia, in the capital city of Jakarta, from 5 am to late at night, the blood of many snakes is sold in shops. Usually, on the demand of the customer, the snakes are killed by killing them immediately. Apart from the common people, the regular diet of the army also includes cobra blood and flesh.

Like Thailand and Indonesia, snakes are widely used in China under traditional medicine. This is the reason why the production of snakes started in the village of Jisikiao, China, just as farmers grow grains. This work started here from the year 1980 and soon the whole population started doing the same.

Earlier farmers here used to cultivate jute and cotton, but they found this work more beneficial. According to a report by Global Times, there are about 170 families in the village, who produce more than 3 million snakes every year just for Cobra Golden Drill.