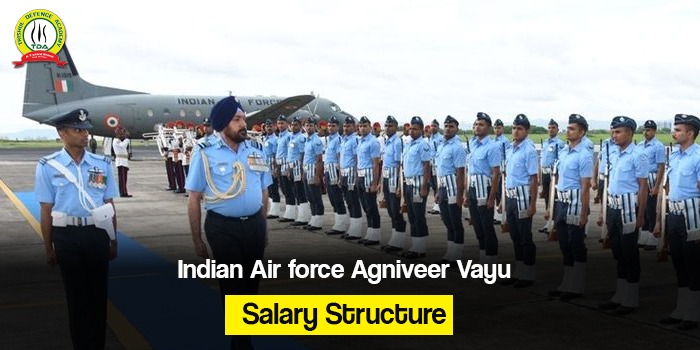 Indian Air force Agniveer Vayu Salary Structure: Choosing To Serve The Nation,Come and Join Indian Armed Forces.There is no True Doubt that Individual Chooses Armed Forces To Serve the Nation however Salary too is a Motivating Factor. When the candidate passes his 12th std. and when he/she  discusses about the salaries between  friends and family it gives Confidence to those who have high Salaries thus In this Blog we will Discuss about Agniveer Vayu Salary Structure

This is second time when the forms are invited Under Agnipath Scheme. The first paper was conducted in June/ July and joining for which Joining is done in December. Under the Agnipath Scheme IAF gives training and job and then judges you and your performance for four years, monitors you and looks for the code of conduct and then those who qualifies the parameters, IAF retain those candidates and the rest will be Outsourced. 25% candidates will retain and 75% will go out. Salary for these four years is different in every year

Earlier after joining the services under Training a stipend was given, but now a flat figure of compounded salary is given a sum of ₹ 30, 000 from that 70% of the salary (₹ 21,000) will be released by the Government of India.

That means after four years of service your Corpus Fund raises up to ₹ 5.02 lakh and the same amount ₹ 5.02 lakh is deposited along the Corpus Fund by Government of India total ₹ 10.04 lakh and because this amount is deposited in the banks hence banks also gives interests on the deposit that becomes ₹ 11,10,000 tax free amount will receive if you are in those 75% candidate who were discontinues from the service.

It is good in comparison to earlier as then stipend around ₹ 14, 600 were given and now a salary of ₹ 30, 000 is given increasingly in all the four years. Because Corpus Fund is taken by the govt. and the same amount is also deposited to your account therefore no provident fund is released. Which usually is given to  the govt employees.

Because the service is of 4 years hence there is no arrangement for gratuity or pension.Rather, during the service, if accident (casualty) happens then 48 lakh of LIC will be provided to the family.And if partial disability occurred then on the time of EX Gratia of ₹ 44/25/15 lakh for 100% / 75% / 50% disability respectively is given.

Do not keep in mind that you are going to serve the nation only for four years.

There is 10% quota for Agniveers in PSUs separately, private organization, Infosys, Reliance, Tata will give preferences, Agniveers are Disciplined, Trained, Talented and technically and skill certificate is also given to them.

Call and connect with us to book a seat for yourself for the upcoming batch of 2022-23. Special discount offer on booking at the earliest. For any query/inquiry you can connect us via the following ways: – 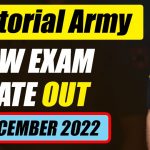 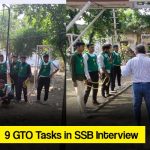