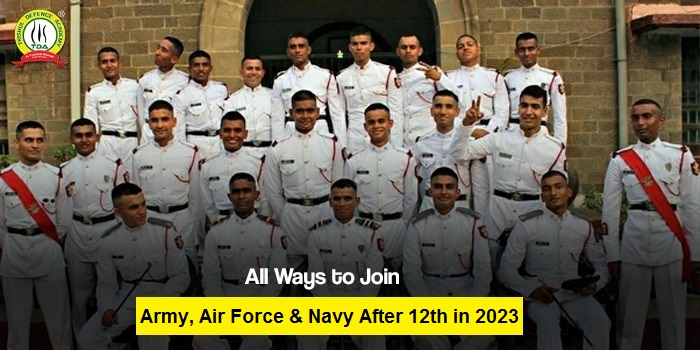 The NDA and NA Examination is Conducted by the Union Public Service Commission (UPSC) twice in a year. The Full Form of NDA/NA  is National Defence Academy and Naval Academy Wherein Qualified Candidates are Selected for the Defence Services like Indian Army,Indian Navy and Indian Airforce.

Candidates Who have the Minimum Eligibility Criteria of NDA can Apply for NDA Exam. To Apply for NDA , Candidates will have to visit the Official Website of UPSC and Apply Online. Unmarried Male and Female Candidates in the Age Between 16.5 to 19.5 Can join NDA after 12th Or Appearing in Class 12th..

After Completing the Course, they will be Stationed as a Lieutenant in the Indian Defence Services.

Notification and Important Dates will be Announced by UPSC for NDA- 1 2023 Exam.

Technical Entry Scheme (TES)  is One of the Specific Entries for the  Students those who have Completed class 12TH  or Equivalent Exam. Candidates can Apply for this Entry Scheme to become an Officer only in the Indian Army not in the Air Force or Navy. Candidates are Provided Admission in Engineering Colleges of the Indian Army, which are CME Pune , MCTE Mhow and MCEME Secunderabad).

> A Candidate Must be

> A Citizen of India, or

> A Subject of Bhutan, or

> A Subject of Nepal, or>>A  Tibetan Refugee Who Migrated  to India before the 1st January, 1962  for  Permanently Settling Down in India, or

> A Person of Indian Origin Who Migrated from Pakistan, Burma, Sri Lanka and East        African Countries of Uganda, Kenya , The United Republic of Tanzania, Malawi, Zambia , Zaire and Ethiopia or Vietnam for the  Permanent Settlement in India.

Candidates who belong to Bhutan, Nepal or Tibetan Refugee Must  have a Certificate of  Eligibility issued by the Government of India.

Candidate Must  be in between the Ages of 16.5 to 19.5 years on the first day of the Commencement of the Course ,Date of Birth Which is Mentioned in 10th or 12th Certificate  the same should be Filled in NDA Application form.

Candidates Must have  Physics, Chemistry and Mathematics (PCM) in  Class 12th..

Candidates are Required to Score Minimum 70% Percentage or more in PCM are eligible to apply.

Marital status of the candidate should be unmarried.

TES Courses Commence in January and June, for which Notifications are Released in May- June, and Oct – Nov Respectively.  Notifications are Published Through the Official Website . TES Applications  are Submitted online through Directorate General’s  official website www.joinindianarmy.nic.in.

Application are invited for Unmarried Male Candidates to join the Reputed job in Indian Naval Academy.Indian Naval Academy (INA) also takes Cadet Entry Besides NDA. Students who have gained admission through this entry study engineering in the navy. The notification is released in June and December for courses commencing in January and July Respectively.

In this cadet entry, candidates are called for SSB (Service Selection Board) based on the JEE Mains All India Rank. To apply for this exam, interested students have to fill the online application available at www.joinindiannavy.gov.in.

Passed Senior Secondary Examination (10+2 Pattern) or its equivalent examinations from any Board with at least 70% aggregate marks in Physics, Chemistry and Mathematics (PCM) and at least 50% marks in English (either in Class X or Class XII). 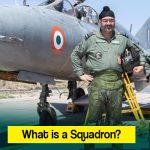