A deserving Navy Sailor has opportunities to become a Naval Officer via the CW (Commission Worthy) Candidate Scheme as a Regular Commissioned General Service Officer (on par with ex-NDA/NavalAcademy Officers) or later as a Branch Commissioned SD (Special Duties) Officer.

Indian Navy provides an opportunity for sailors to become commissioned officers.  These are commissioned worthy i.e. CW scheme and very rare SD scheme (Special Duties). Earlier SW scheme is known as the Upper Yardmen Scheme in which the candidates from the lower deck will be selected to become officers.

Sailor To Officer In Indian Navy: What Is Commission Worthy Entry Scheme?

There is CW(Commission Worthy )entry scheme in the Navy. In which while serving as a sailor, one will get the opportunity to take an SSB Interview and if he is able to crack it, he can join along with THE INAC (Indian Naval Academy Course) and train for four years before he passes out as a PERMANENT COMMISSION (PC) OFFICER.

Sailors apply for PC form, which is then approved by CABS (Commodore Bureau of Sailors).

Thereafter you will appear for PSB (Preliminary Screening Board) whose result is out within a few days.

If you’re shortlisted, then one appears for written examination in Mathematics, Physics, English & G.K. Of 100 marks each and individual has to pass in each exam.

Candidates clearing the same are shortlisted for SSB. On cracking the SSB & Medicals a final merit list will be out.

If the sailor has made it, will get a call letter to join INA for the INAC course for four year and pass out as PC Officer.

Age For Non-Artificer sailors – Under 22.5 Years

For Artificers – Under 24 years

Marital Status : Married sailors will not be allowed married accommodation nor are they allowed to live with their families while in training.

Unmarried will not be allowed to marry till they become Sub Lieutenants.

A candidate will be allowed to appear before the PSB only three times. The Board stamps the number of chances availed on the first page of the Service Document [IN 271(Rev)]. The Board declare results to candidates and forward the consolidated results so as to reach the Bureau of Sailors by the end of Jun/end Dec. The results include separate lists of successful, unsuccessful and absentee candidates. Bureau of Sailors is to promulgate the list of candidates eligible to appear in the written examination by early Jul/early Jan.

All candidates selected under CW scheme will be designated as cadets and will undergo the four year B-Tech course at INA, Ezhimala. Those who fail in the prescribed examination during training as Cadets and Midshipmen, will be relegated by six months at a time and their promotion delayed accordingly. Penalty for failure after being promoted to Sub Lieutenant will be as applicable to Indian Naval Academy cadets.

A trainee, who fails to make adequate progress in the course may be withdrawn from training with the approval of IHQ of MoD(Navy)/(DNT/DOP). If a trainee is withdrawn while under training as a cadet, he will be reverted to his original rank and Branch as a sailor without loss of seniority for all purposes. In such cases, character and efficiency assessment for the period under training is to be completed by INA. If he is withdrawn after being promoted to Midshipman, he will be discharged from Service.

A candidate will be permitted to resign while undergoing training. In case he fails to complete the training for reasons within his control, he will be liable to refund such sum as decided by the Govt but not exceeding the amount incurred by the Govt on his training, messing, accommodation and allied services.

How to Apply for CWE Scheme In Navy ?

Sailors desirous of the grant of the commission under this scheme should apply on the proforma placed at Appendix ‘A’. The Commanding Officer is to forward the applications to the Bureau of Sailors so as to reach by 30 Apr / 31 Oct each year. Commanding Officers, while completing the remarks column of an application, should consider power of expression, personal habits and moral conduct of the sailor.

All applications are required to be forwarded to CABS with appropriate remarks as to whether the sailor is ‘recommended’ or `not recommended’. In cases where the educational qualification mentioned in the Service Documents is below 10 + 2 with Physics and Maths, the original educational certificate is to be attached with the application form or submitted directly to the Preliminary Screening Board. The date of application is to be endorsed on Page 13 of the Service Documents. If a candidate fails to qualify at any stage, a fresh application form is to be submitted for each subsequent attempt. 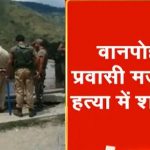 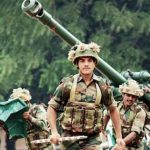