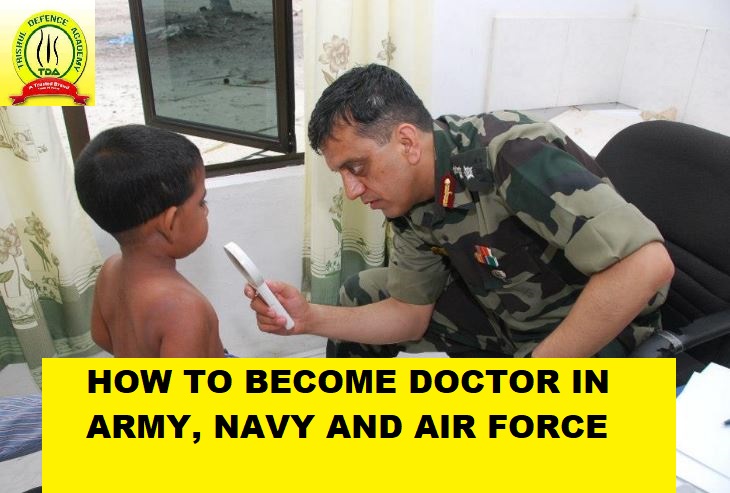 This path begins after you complete your 10+2; you must apply to AFMC, and admission is based on your NEET (National Eligibility Cum Entrance Test) result. After passing the NEET, candidates must take the ToELR (Test of English Language, Comprehension, Logic, and Reasoning), a psychological evaluation test combined with an interview. The assessment is done by aggregating the NEET and ToELR scores and dividing them by four to achieve a score out of 200. A 50-point interview will also be performed. A minimum of 60% in class 12th is required. You will become an army doctor after graduating from AFMC with an MBBS degree.

If you have an MBBS from a recognised medical institution, you can still become a doctor in the armed forces, but you must keep an eye out for vacancy announcements on the websites of the Army, Navy, and Air Force. The Army Medical Corps is a branch of the Indian government that yearly provides short service commissions to MBBS graduates who have completed the course on the first or second try and have finished an officer internship.  The candidate must be a permanent member of a State Medical Council or the Medical Council of India.  Postgraduate degree holders in anaesthesia, surgery, obstetrics and gynaecology, medicine, orthopaedics, and respiratory medicine, on the other hand, are given precedence.

Indian nationals under the age of 45 are eligible to apply for the position. Applicants who are suitable will be invited for an interview at the Army Hospital in Delhi by board officers, and if you pass the interview, you will be offered a short service commission in the Armed Forces Medical Services. The medical fitness evaluation is used to make the final decision. The chosen individuals will be sent to any section of the country in the Army, Navy, or Air Force.

Doctors who are commissioned into the Armed Forces Medical Services will be given the rank of Captain or comparable rank in the Navy or Air Force on a salary range of Rs.15600-39,100, plus grade pay, non-practicing

stipend, free rations, subsidised housing, and all other officer perks. After two years of service, you can seek for a Departmental Permanent Commission; however, you must be under 30 years old. Officers can also enrol for postgraduate courses after receiving a permanent commission. 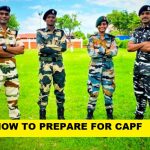 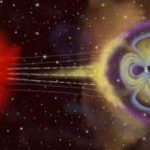