Benefits Of NCC In Govt. Jobs | Best Defence Coaching Skip to the content 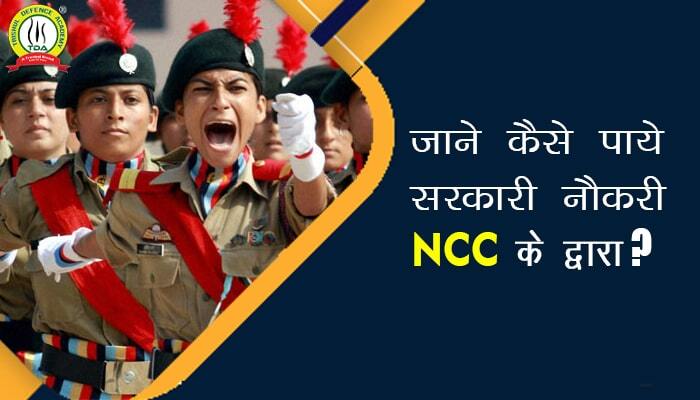 NCC is widely considered as the first step forward by a young Armed Forces aspirant towards achieving the bigger goal of becoming an officer. Majority of youths are aware about benefits of NCC in government jobs. Participation in NCC raises their chances of getting selected in Armed Forces by leaps and bounds. NCC is regarded as second line of defence. Being a NCC cadet provides an upper hand to those seeking career in armed forces. Benefits of NCC is not only confined to military training but also help in inoculating etiquettes and several essential qualities in a cadet like selflessness, honesty, discipline, hard work, ways to build confidence and gain leadership qualities.

The Benefits Of Joining NCC Are As Follows:

Benefits of joining NCC also provide you the opportunity to grab other lucrative government jobs, which may have been out of the bounds for those who are devoid of benefits of NCC. There are several central and state Government organisations who give special preference to NCC cadets.

Do you wish to join the Indian Armed Forces? To serve the nation, the sky is the limit for you and what better option is there than to embark on a career journey in Defence.