What Are Navy Observers? | Best Defence Coaching Skip to the content 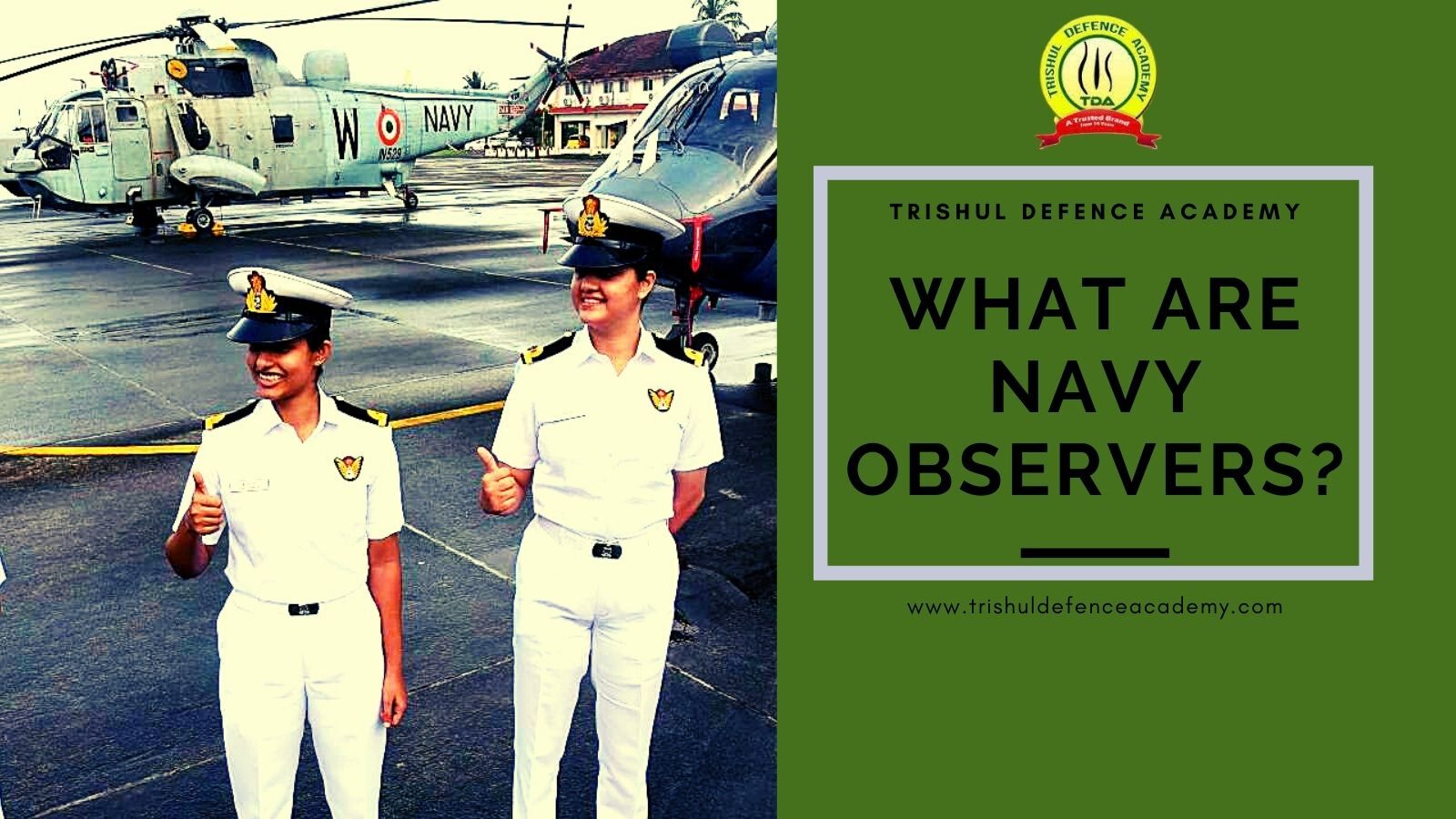 What Are Navy Observers: This blog is dedicated to all defence aspirants who wish to be a part of the prestigious Indian Navy and serve the nation by securing the water boundaries. There’s a special role added for Navy personnel which plays a vital in maritime warfare operations. We are going to talk about “Navy Observers” and will cover different aspects related to them such as- Job Role, Training Process, Educational Qualification, Eligibility.  Do read it fully to understand in depth.

Navy Aviators are part of the Navy Air Arm which is the aviation branch of Indian Navy and fulfil the roles of Navy Pilots, Observers and  Technical Officers.

Navy Observer is a naval executive officer who acts as airborne coordinators of maritime warfare in Indian Navy. They operate the state of equipment like sonics, radars, sonars and communication equipment. They also fly the helicopter, multi-role aircraft.

Observers can specialize in courses like Communications, Anti-Submarine Warfare. The entire process of prosecuting a target, locating, gathering, analyzing and designating remains domain of Naval Observer.

Navy Observers undergo complete 22 weeks of Naval Orientation course at the INA, Ezhimala. It is followed by training at Observer School, Kochin. Upon the completion of training, candidates will be awarded ‘Observer Wings.’

Later in the career, officers are nominated for in-service specialisation courses including Qualified Navigation Instructor Course.

So that’s the wrap of this interesting blog. We hope that now you are familiar with the topic of “What Are Navy Observers”. Do stay connected with Trishul Defence Academy Blog for latest defence exam notifications, defence news, current affairs and much more related to defence stream.