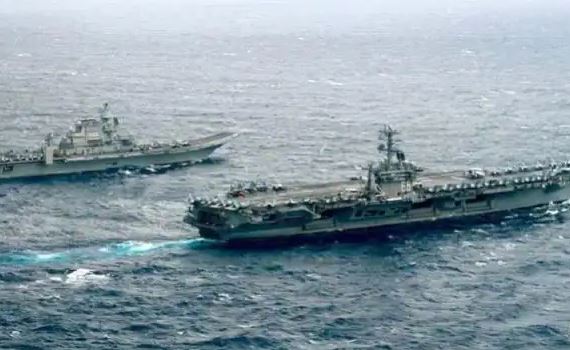 The basin trials of the country’s first giant indigenous aircraft carrier INS Vikrant have been successful. Now the ship will be launched for deep sea trials in the first week of August.

Cochin Shipyard and Navy have intensified preparations for this. These tests will be done in the Indian Ocean. After this, there is a plan to deploy it near the Chinese sea border, so that any challenge from China can be given a befitting reply.

According to Navy sources, INS Vikrant is now fully ready and only a few formal trials are left before its deployment in service. When it is taken for deep sea trials from next month, the Navy will check all its capabilities. This is likely to take a maximum of three-six months. Please note that the project is running late by almost three years.

Navy sources said that after the completion of sea trials, the agency, which is preparing it, will hand it over to the Navy. The Navy also conducts some tests separately, after which it will be deployed in the service of the Navy. If all goes well, it will be operationalized by the Navy from the middle of 2022.

At present, India has only one aircraft carrier, INS Vikramaditya, which was bought from Russia a few years ago. It has been deployed near Karwar in the Arabian Sea to give a befitting reply to any challenge from Pakistan. Whereas INS Vikrant will be deployed in the Southern Indian Ocean to deal with the threat from China.

INS Vikrant has a deck of 1.5 acres, with 40 aircraft ready to fly at all times. It is 262 meters long and 26 state-of-the-art aircraft like the MiG-29 can stand on it simultaneously. While 10 helicopters or smaller aircraft can also be accommodated in it. In this, 200 naval officers and one and a half thousand sailors will also be deployed.

The Navy has asked the government for one more aircraft carrier. He says that there is always a threat before the country on two fronts. Therefore, one ship should always be stationed towards China and one towards Pakistan. In this case, an aircraft carrier is required to standby. Because even the ship is sent for servicing etc., then it takes a long time. In such a situation, the third ship will be stationed there.