What Is Court Of Inquiry (COI) In Indian Army ? | Best Defence Coaching Skip to the content 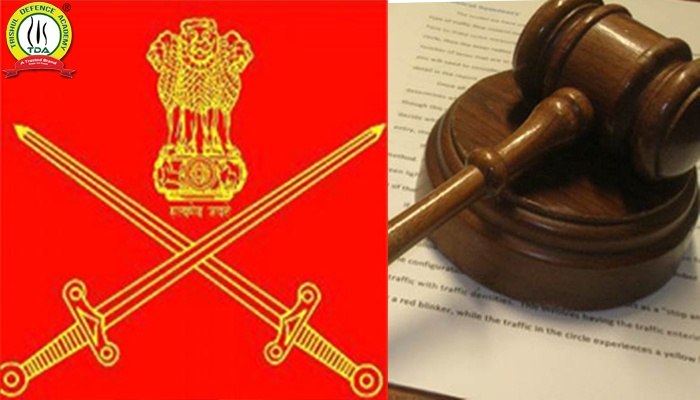 What Is Court Of Inquiry : Chief of the Indian Army, Manoj Mukund Naravane has given orders of the Court of Inquiry in a dispute between an army top commander and his second in command. You must have heard this word before and it is possible that the Board of Inquiry has also been heard, but what is it? Do you know about its process and its purpose? Let us also tell you that the Court of Inquiry (COI) which the Army Chief has recently ordered, iT is very rare at this stage in the history of the Indian Army.

In the Rajasthan based Western Command, we will discuss further  about the dispute between the top officers of the Army, first of all, Let us you give all the information related to the Court of Inquiry. This is discussed in detail in Rule 180 of the Army Rules 1954 manual. Regarding rule 15 in respect of Airforce and Navy Para 197 in respect of Navy is discussed.

What is Court Of Inquiry ?

The purpose of a COI or BOI is to investigate an incident in detail, which only the commanding officer or top officer in the command can command. For this, a meeting of officers is formed under the leadership of one officer. Inquiries can be done only from reference to written guidelines. It is also a rule that COI notice is sent to all concerned. The obligations and rights of the COI are as follows:

1. It is operated within the scope of guidelines.
2. The COI has to gather all the evidence.
3. If necessary, any witness related to the case can be summoned.
4. In the COI, questions can be asked to know the truth of the witness so that the authenticity of the evidence can be decided.
5. COI can be math or reorganized according to the instructions of the ordering authority.
6. After completion of COI, all its details are submitted to the concerned authority.

What is Court Of Inquiry Procedure ?

In the manual of Army Rules, there is a mention of what kind of procedure is COI in relation to Army, Navy and Airforce. Whenever it happens that the inquiry can affect the character of any member of the military, he has the rights to himself, which he gets from the chief officer of the inquiry:

1. Until the court refuses, he or she can remain involved in the proceedings of the inquiry.
2. Whatever evidence comes in the record, he can see.
3. He can cross the witnesses and give a statement. He can present any witness or document in his favor.

It is noteworthy that COI / BOI proceedings are not acceptable in a court-martial. Although the statements given in the COI can be used for the purpose of cross-examining the witness. Any person against whom there are allegations, or whose image has a question mark, they have to give a copy of COI if asked. Or the reason for not giving a copy is to be given in writing.

What is the latest COI Issue? In September 2020, Lieutenant General KK Repswal accused his Senior Lieutenant General Alok Kler in front of the Army Chief. In response to this, Cllr also did implants. According to the news, the confrontation of General vs. General has become so much that even everyday work started getting interrupted. The COI’s orders have now been given regarding the dispute of Jaipur-based two top officers of the Western Command deployed to protect Pakistan’s border.

In recent times, COI has been very rare in the controversy of officials of this level. Earlier, there were reports of COI regarding the alleged affair between a colonel and a woman major in his command, but such a thing was not heard at the level of General for a long time. However, both the officers caught in the dispute will be COI headed by Senior Central Army Commander Lt Gen IS Ghuman.

Although the controversy and allegations have not yet been publicly disclosed, it has been pointed out that the operations at the Command Headquarters are being severely affected as both the top officers are clashing with their roles, charter and duties. Regarding the dispute related to the appointment case, the news is being quoted by the sources that the matter may be of misuse of power.