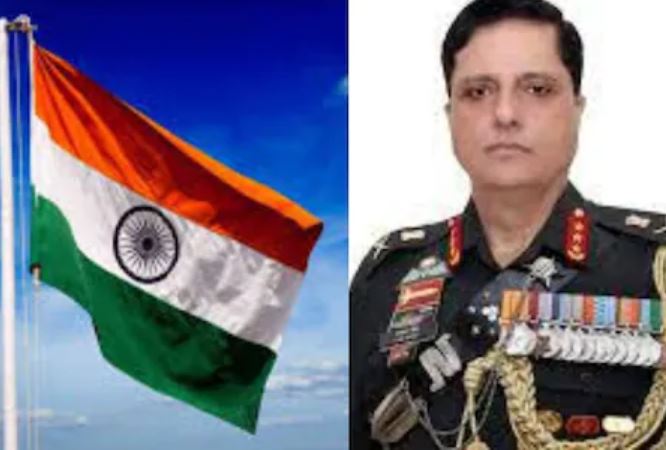 Lieutenant General Ajay Singh, who has shown courage on many missions from the Kargil war to the Siachen operation, has taken over the post of Commander-in-Chief (CNC) of Andaman and Nicobar. Singh belongs to a family whose relationship with the army is 162 years old. Among them, the passion for the army is from the time of my great-grandfather’s father.

Let us tell you, CNC Ajay Singh of Andaman and Nicobar Islands have a special relationship with Madhya Pradesh. As soon as he took over his post, congratulations started pouring in from the Narsinghpur, Jabalpur and Hoshangabad districts of the state. In fact, Singh is the son-in-law of former MP Finance Minister Colonel Ajay Narayan Mushran and brother-in-law of MP Vivek Tankha. Lt Ajay Singh was currently posted as DG, Military Training at Army Headquarters. He replaces the Commander-in-Chief of the Andaman and Nicobar Command, Lt Gen Manoj Pandey.

The connection of Singh’s family with the army is 162 years old. Ajay Singh’s great-grandfather’s father Maluk Singh Ahlawat was included in the Bengal Cavalry (Skinnerhorse) of the British Army in 1858. His great-grandfather Risaldar Major Raj Singh Ahlawat joined the Skinnerhorse Regiment of the British Army in 1901. Took part in the Third Afghan War. Father established the Armored Regiment in 1973

Dada, Brigadier (Col) Kadam Singh Ahlawat joined the Poona Horse Regiment of the Army in 1936. He reached Daulat Beg Oldi (DOB) without assimilating during his deployment to Eastern Ladakh in the 1962 war. He had a heart attack there. Because of this he also got a demotion. Father Brigadier NP Singh had established 81 Armored Regiment in 1973. At that time this regiment was called Deccan Horse.

Army Chief General MM Naravane reached Jammu and Kashmir on Wednesday on a two-day visit to take stock of the current security situation in the Union Territory. The Army Chief’s visit is taking place on the completion of 100 days of the ceasefire on the Line of Control between India and Pakistan. He also visited several forward posts during this period.