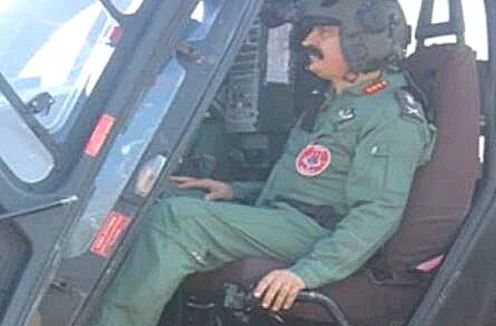 Director General of the Aviation Corps of the Indian Army, A.K. Suri took off on Thursday in an indigenous helicopter Rudra (indigenous Rudra). Lt Gen AK Suri introduced the world to the power of Rudra by firing live while in flight. Rudra has been made indigenously by Hindustan Aeronautics Limited (HAL). Rudra is seen as a perfect helicopter for surgical strikes.

Thermal Imaging Sites Interface is also present in Rudra. The most important thing about Rudra is that the gun movement is associated with the pilot’s helmet, that is, if the pilot sees an enemy or enemy ship, then he will turn his head towards it and the gun’s mouth in the helicopter will also rotate in the same direction. will go.

Apart from 20 mm turret guns, air-to-air missiles are also deployed in Rudra, apart from this 70 mm rocket pods, anti-tank guided missiles are also installed. A defense system has also been prepared in Rudra, if Rudra is attacked by an enemy missile, then the pilot will press a button to protect himself and put an aluminum plate around the helicopter, hitting which the enemy missiles will become useless.