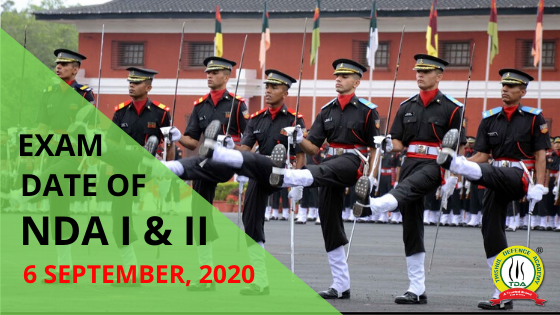 This  year ,UPSC will conduct a common exam for NDA ( I ) and NDA ( II ) this year . Students who had already filled the application form for NDA ( I ), need not to apply again.

Earlier, the written exam was scheduled to be conducted on April 19, however , the commission had  postponed  the exam due to the emergent situation arising out of Covid 19 pandemic . The exam will be conducted in two shifts – morning and afternoon across 41 cities spread throughout  the country .

UPSC conducts NDA exam for admission to the Army , Navy and Airforce wings of National Defence Academy and Indian Naval Academy course . Selection of cadets in the academy is done based on written exam and interview .

NDA is one of the most prestigious exams which is conducted twice a year. NDA is one of the National Level entrance exam of Indian Defence Services .It is the most sought after defence entrance exams in the country .NDA recruitment is conducted for admission to Army ,Navy and Airforce wings .The exam is conducted in two stages – Written exam and SSB Interview. Around four lakh aspirants sit for NDA exam every year out of which approximately six thousand are called for SSB Interview .

NDA  aspirants are required to fulfil the following eligibility criteria to be eligible for the exam .

Candidates must have passed class 12  / HSC under 10 +2 pattern of school education or equivalent from a recognised board or university.

Candidate must have passed class 12th  / HSC under 10 + 2 pattern of school education with Physics and Maths  conducted by a state Education Board  .

Filling the application form for NDA 2020

NDA  written exam consists of two papers , 1 Mathematics  and 2 General Ability Test . The total marks of the written exam are  of 900 marks.

NDA  Result is released in PDF format and carries the roll numbers of qualified candidates .

Qualified candidates are called for the SSB interview .NDA ( I ) and NDA ( II ) Declaration of result is expected in November 2020.