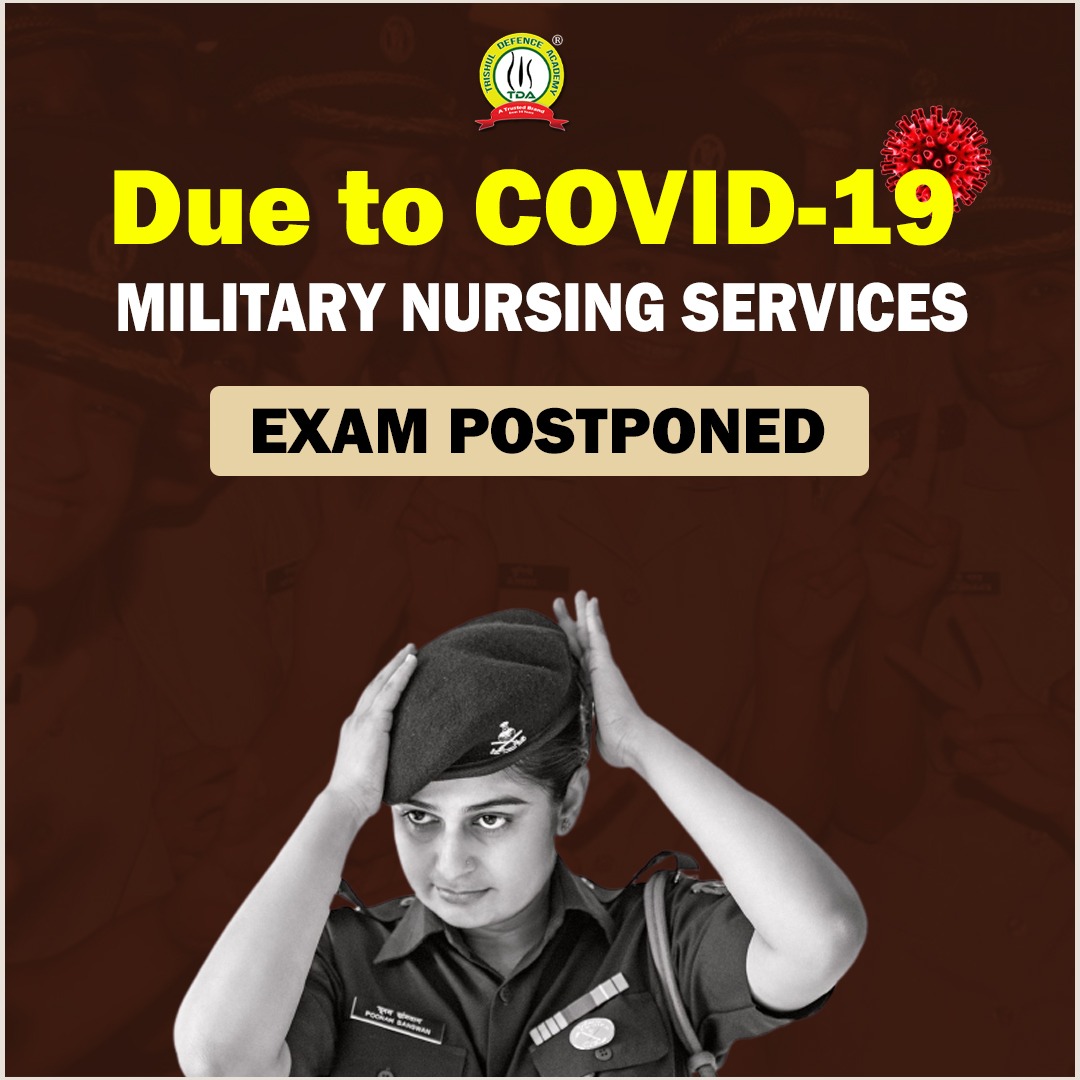 New Dates Will be Revealed Shortly
Due to the current COVID crisis in India, the MNS 2021 written exam, which was scheduled for April 2021, has been postponed. According to the Indian army’s official website, the exam will be postponed and a new date will be announced later.
Official Proclamation: Due to the current Covid crisis, the Computer Based Examination for selection of candidates to the BSc (Nursing) Course 2021, which was scheduled to be conducted in the last week of April 2021, has been postponed. a new examination date will be announced afterwards.
The Indian Army’s BSc Nursing 2021 exam has been postponed, according to the Directorate General of Medical Services (DGMS), which announced it on its official website, joinindianarmy.nic.in. MNS 2021 was supposed to be held in April, according to the brochure, and the admit card was supposed to be given in the second week of April. On the official website, the new Indian Army BSc nursing exam date will be announced shortly. Admission to 220 Bachelors of Science (BSc) nursing seats will be granted through the Indian Army BSc nursing exam 2021. Six MNS nursing colleges in Pune, Kolkata, Asvini, New Delhi, Lucknow, and Bengaluru will provide admission to deserving candidates.
Why has the exam for Indian Army BSc Nursing 2021 been postponed?
In light of the increasing number of COVID 19 cases, the Indian Army has decided to postpone the BSc Nursing 2021 test. The new MNS exam dates will be revealed shortly. Following the announcement of the new exam date, the Indian Army BSc Nursing 2021 exam will be held in computer-based mode for female applicants, with 90 minutes to complete 150 questions from general English, general intelligence, and science.
The date of the Indian Army’s B.Sc Nursing entrance test has not yet been announced. The admit card was tentatively scheduled to be issued in the second week of April 2021. It is, however, postponed. You may be aware that due to a rise in Covid-19 cases in India, some entrance exams have been postponed. In such an ambiguous situation, it’s difficult to say when MNS entrance exam will be held, until an official announcement is made. Simply subscribe to Trishul Defence Academy App and official website to get exam alerts on a regular basis and stay informed of the examination date. You can check the important dates and other exam details by visiting our web pages on a regular basis.