With Eye on China: India Raising its Stature as ‘Key Defence Exporter’ | Best Defence Coaching Skip to the content 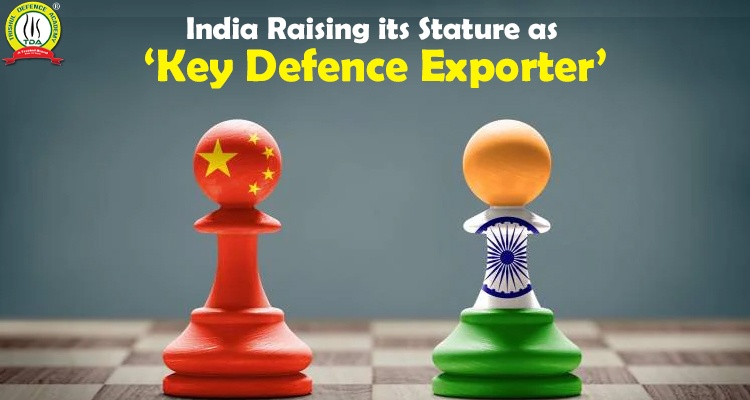 MUMBAI: With an eye on China, India is keen to raise its stature as a key defence exporter in the Indo-Pacific region. The moves come close on the heels of competitive vaccine diplomacy, in which, both the nations were engaged in the secret war and left no tricks of the trade-in scoring brownie points over each other. According to foreign media reports, India is keen to build its credibility as a major defence exporter, which can help it to meet the target of $5 billion in defence exports by 2025, and elevate its significance as a ‘Regional Superpower’ with the aim of countering China-Pakistan-Turkey axis. Vietnam, the Philippines, Indonesia, the United Arab Emirates, Argentina, Brazil, and South Africa are the nations that have evinced interest in buying the systems.

The Philippines is ready to import the BrahMos, the impact of the move are all set to be extensive and consequential in the Indo-Pacific. To begin with, it would caution China, with whom the Philippines has been engaged in a territorial conflict in the South China Sea, and act as a deterrent to Beijing’s aggressive posturing. Indeed, this is why China has been wary of the Association of Southeast Asian Nations (ASEAN) countries acquiring defence systems such as the BrahMos.