Raising the morale of the Indian Army, Defense Minister Rajnath Singh said that from the independence of the country till now, the army has steadily faced every challenge faced by the security and sovereignty of the country. Be it the problem of terrorism, insurgency or any weapons attack, the army has played an important role in every aspect.

“The Ministry of Defense is committed to facilitate the Army in their forward movement on the road to reforms and help them in achieving advantages in all areas. We will leave no stone unturned to strengthen the arms of our armed forces”: Defense Minister Rajnath Singh

Indian Army has been successful in addressing several challenges to security & sovereignty of this country since Independence. Be it the problem of terrorism, insurgency or any external attack,Army played a significant role in neutralising those threats: Defence Min Rajnath Singh pic.twitter.com/xa0KBA6Kwk

Rajnath Singh further said that the Ministry of Defense is committed to strengthening the role of the Army and its role in all areas. Rajnath Singh further said that we will leave no stone unturned to increase the strength of our army. Indian Armed Forces is currently holding it’s top commander conference where all national security especially the border issues will be discussed. 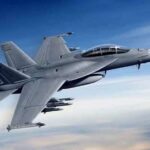 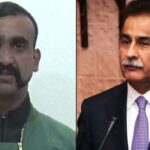