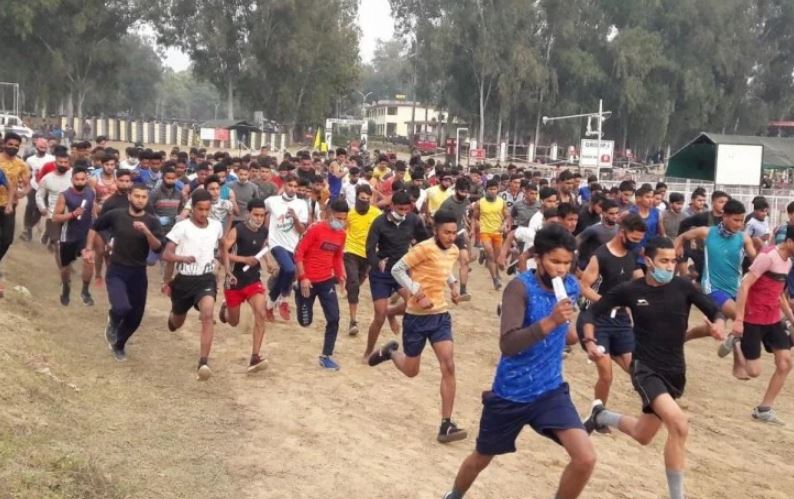 Medical Officer of Kovid Care Center, Dr. Shailendra Barathwal told that the RTPCR sample of these youths was taken in Rudraprayag on December 18. The report of 10 youths came to Corona positive late on Sunday night.

On the second day of the recruitment rally, the youth of Uttarkashi and Rudraprayag districts showed strength. After initial corona investigation, length check, 3056 youth ran 1600 meters, out of which only 676 youth were able to complete the race. While 533 youth remained absent.

On Monday, army recruitment officer Colonel Vineet Bajpai said that in the presence of army officers at the entry point Kashirampur Talla at 5 am, the doctors put on a PPE kit and examined the corona along with the health checkup of the youths.

After physical examination, 200 youths were run together in about 15 columns in the field, completing a round of 400 meters, making four rounds of the field to complete the 1600 meter run in just five minutes. Many youngsters dropped out of the race in the second and third rounds.

In the fourth round, the youth committed to running on time, but only 676 youth were able to complete the race on time. After this, the youth were physically tested. In which the youths were asked to draw beams. Everyone got it done.