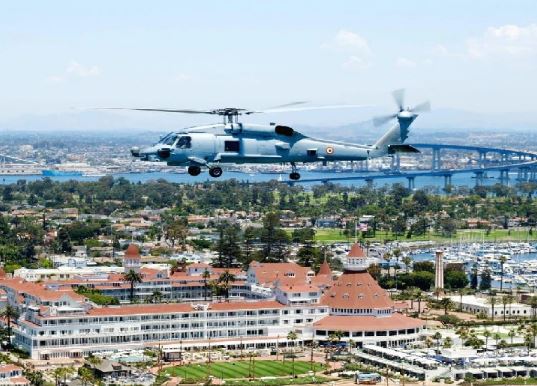 The power of India has increased once again. Now special helicopters have been included in the fleet of Indian Navy, which will strengthen it further. The US Navy has handed over two MH-60R Romeo helicopters to the Indian Navy. These helicopters were handed over to India’s Ambassador to the US Taranjit Singh Sandhu at a ceremony held in San Diego on July 16.

India has bought 24 such helicopters from America. These helicopters can be used for transporting troops, in relief and rescue operations, for reconnaissance and for enhancing combat capability against enemy submarines.

The special thing about this helicopter is that these helicopters are capable of working in all weathers. Giving information about the country getting the helicopter, India’s Ambassador Taranjit Singh Sandhu tweeted.

The Government of India had approved the purchase of these helicopters during the visit of former US President Donald Trump to India in the year 2020. These helicopters can fly with a weight of more than 10 and a half thousand kilograms and their speed is 267 km per hour.