US army team to reach India on February 5, 16th edition joint war exercise will be launched | Best Defence Coaching Skip to the content 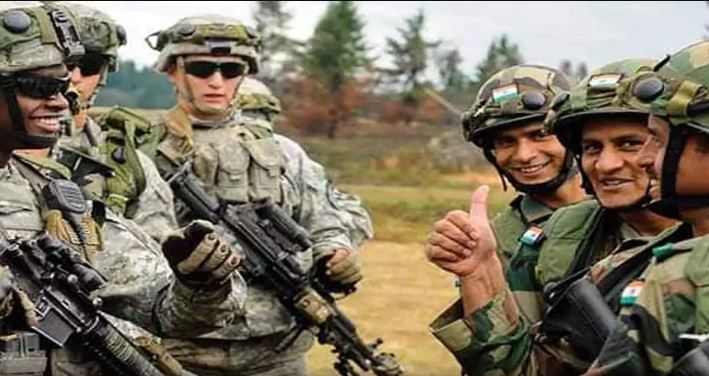 As part of military-to-military exchange programs, US Army troops will arrive in India on 05 February 2021 for the 16th edition of the exercise with Indian Army soldiers. This bilateral training exercise will be conducted at the overseas training node at Mahajan Field Firing Range, Rajasthan.

It will be focused on joint military manoeuvres, counter-terrorism operations under the UN mandate. The training will mainly focus on the content exchange of topical issues of contemporary importance. The objective of this exercise is to increase the exercise between the two armies at the strategic level and the best practices, cooperation and synergy of each other.

War exercises with the US military are significant in the context of the security challenges faced by both countries in the backdrop of global terrorism. The joint exercise will increase the level of defence cooperation between the two armies, which will promote bilateral relations between the two countries and reiterate India’s important role as a major partner in the Indo-Pacific region.

These war exercises, held in India, have great importance in the backdrop of recent developments on our northern borders and are very important for the strategic capability of the two countries as well as to enhance Indo-US relations. Despite the Covid epidemic, this military warfare exercise is being carried out which indicates the strength of bilateral relations and gives a geo-strategic message to the environment.