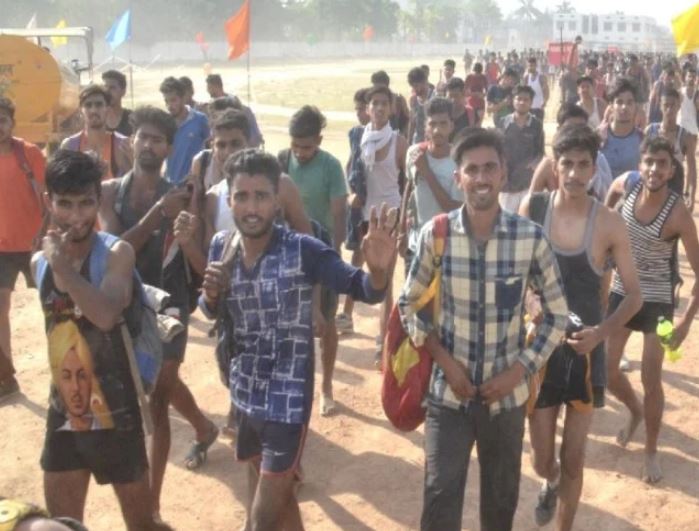 A few months after the Indian Army first proposed the ‘Tour of Duty’ model, India’s defence establishments are seriously considering adopting the same model for recruitment in the Air Force and Navy. This information has been revealed in the media report.

A defense official said that “We are planning to expand this model to bring all three services under its ambit.” It is also being considered to bring the Central Armed Police Forces under the same scheme or any similar scheme. ”Also, the work of preparing detailed assessment and assessment is going on, it can be implemented by the middle of next year.

Sources said that the political leadership of India is keen on this plan, given the potential to generate large scale employment in the coming time, hence is insisting on preparing its framework. He said that the idea is to expand the scheme in the next few years in such a way that 40 percent recruitment of the total military force can be ensured only through it.

However, military sources said that no concrete decision has yet been taken on the implementation of the plan and the process of consultation is underway. Chief of Defense Staff General Bipin Rawat said earlier this year that the concept is still in its initial stage and studies are needed on how practical it will be. The first batch is expected to include 100 officers and 1,000 other rank personnel. The model will be evaluated and tested on the basis of the results of this pilot project.

The Army had proposed a ‘Tour of Duty’ model for recruitment in May, which would allow the youth to join the army temporarily for three years voluntarily. The aim is to attract more and more youth to the army, fill the vacancies of officers and ultimately reduce the burden of defence pension, which after the implementation of the ‘One Rank, One Pension’ (OROP) scheme has increased to almost the 30 per cent. the extent of the defence budget.