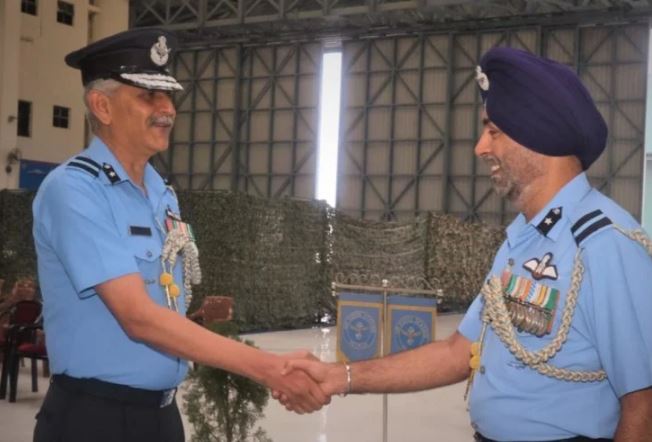 Tezpur airbase in Assam is ready to respond to any enemy challenge on the country’s eastern borders. Air Commodore Dharmendra Singh Dangi, the new Air Officer Commanding (AOC) of this air base said, “The Indian Air Force is developing rapidly and we are able to overcome any challenge.” Air Commodore Dangi, who took command of Tezpur Air Base from Air Commodore Tejpal Singh, was posted to the Air Force combat fleet on December 19, 1992.

Air Commodore Dangi, who led the team that brought the fighter aircraft Rafale from France, has been awarded the 2012 Air Force Medal by the President for his extraordinary dedication to duty. He has commanded the Sukhoi-30 MKI squadron as a flying commander since September 1, 2009.

He has also been the senior test pilot of the project to upgrade the fighter aircraft MiG-27. Due to this deep involvement and contribution, the initial operational clearance of the MiG-27 was able to be received on time and these aircraft could be included in the fleet of the Air Force on time. He has flown MiG-21 and MiG-27. Dangi has served at Tezpur Airport from 2009 to 2011 and has arrived here for the second time.