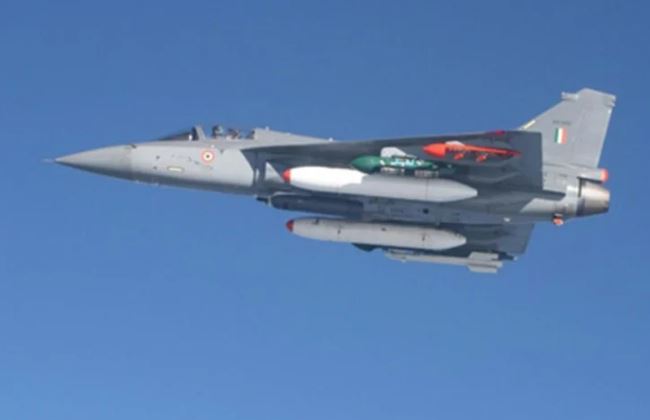 Indian Air Force will get its first delivery in March 2024 under the purchase deal of indigenously developed fighter aircraft Tejas for Rs 48 thousand crore. Hindustan Aeronautics Limited (HAL) Chairman R.K. Madhavan said on Sunday that after the delivery of four aircraft in the first delivery, 16 aircraft would be made available to the Air Force every year till the completion of the supply of 83 aircraft from 2025.

Madhavan, who is also holding the post of managing director of HAL, also claimed that many countries are showing interest in purchasing this Indian fighter aircraft and the company hopes to get the first export order of the aircraft in the next two years. He also said that any order received from any other country will not affect the timeline of delivery of aircraft to the Indian Air Force, instead HAL will set up a new plant if required.

On January 13, the Cabinet Committee on Security (CCS) headed by Prime Minister Narendra Modi approved the deal to purchase 73 aircraft of the more advanced version of Tejas Mark-1A for the Air Force, as well as 10 trainer versions of it. . The Indian Air Force and HAL will sign a formal contract for the deal worth about Rs 48,000 crore during the Aero India show on 5 February in the presence of President Ram Nath Kovind.

This aircraft deal is in addition to the 40 aircraft with the initial version of Tejas, a batch of which has been inducted into the Air Force. The HAL chairman also made public the details of how much will be spent in this deal of 48 thousand crore rupees. He said, a three-year strategic timeline has been laid for infrastructure development and delivery of aircraft.

The HAL chairman said that the Tejas program would give a boost to the entire aerospace sector in India, with 563 domestic companies currently operating. He said that the number of companies can increase from 600 to 650, which is very important for the entire ecosystem. The focus of the government is to boost domestic defense production for the present time and for this, a target has been set to reach domestic defense production turnover of Rs 1.75 lakh crore by 2025.

According to an estimate, in the next five years, India will use about $ 130 billion for various types of purchases. This was indicated by Finance Minister Nirmala Sitharaman on 10 May last year to implement various types of reforms to boost domestic military production.